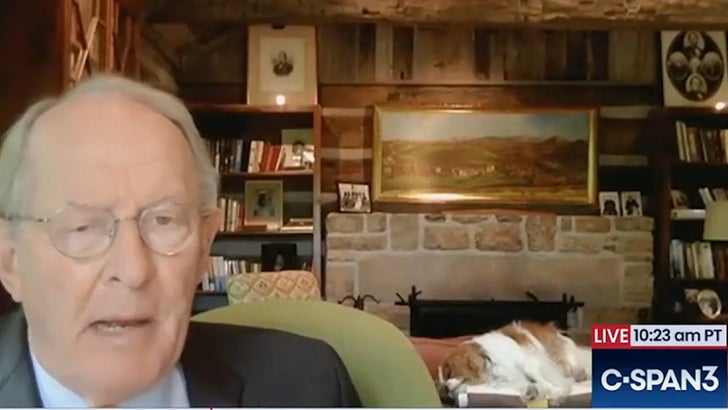 U.S. Senators had a major tele-hearing to talk coronavirus -- with none other than Dr. Fauci testifying -- but that didn't matter to Rufus the Dog ... he was out for some shut-eye.

Tennessee Senator Lamar Alexander -- a Republican -- was asking Fauci questions Tuesday over Zoom about reopening the economy ... and whether it was wise to do it so soon, like President Trump's administration seems to want. Not in the too distant background was little Rufus, catching some Zzzzz's as he was laid out on his doggy bed.

Looks like all the 'rona chatter put the good boy right to sleep, but his slumber didn't go undisturbed. He stirred a bit while his owner pressed Dr. Fauci about letting kids go back to school ... doesn't seem the pup liked the sound of that. We're right there with ya, buddy!

Dr. Anthony Fauci tells senators: My concern is that if states, cities or regions disregard our guidelines and reopen too soon, "there is a real risk that you will trigger an outbreak that you may not be able to control." pic.twitter.com/lNSKqWkYsu

Now, back to more sobering business ... Fauci testified that if the U.S. reopens too quickly, it could trigger a second outbreak that'd be difficult to control. He also said there are almost certainly more COVID-19 deaths than being reported, and that we're still several months away from a sure-fire vaccine, although testing is ramping up by a lot soon. 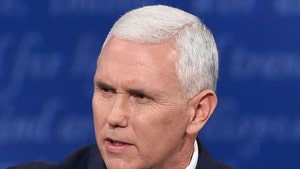 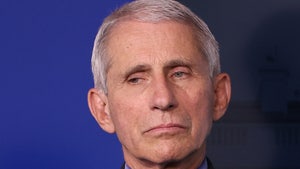