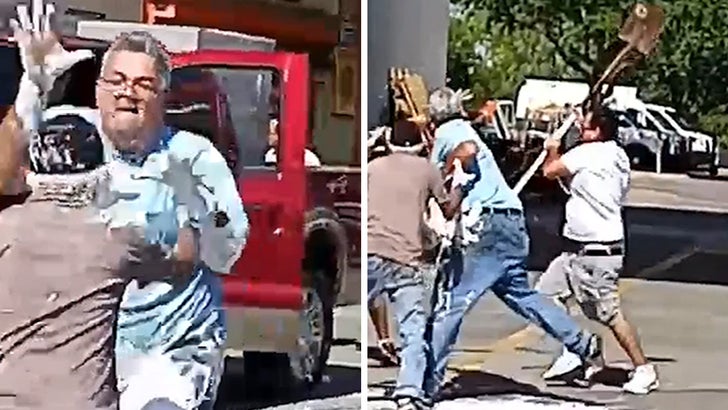 Well this is not going to paint a pretty picture of Florida ... nevertheless, just enjoy.

For some strange reason, at least 4 men at a Tampa Home Depot got heated in the loading zone right outside the store Wednesday and began brawling ... using paint cans as weapons.

At one point, one of the tools picks up a shovel or large garden tool and swings it at another ... but the majority of the action is between a hefty paint-covered man and a smaller guy.

The beefy boy charges at the little dude while slapping at him, but the smaller man holds his own and eventually chucks a can full of white paint at him ... forcing a retreat.

The big fella's not done, though -- he attacks another guy with some violent swings before things finally cool down ... leaving several men, the parking lot and a pickup truck sloppily covered in paint.

What's wilder ... the men reportedly all know each other and work together, and declined to press charges. It's unclear what led to the messy mayhem or if Home Depot will take any action against the crew.

So, no charges, no social distancing ... and hopefully no refunds on the paint. Florida on! 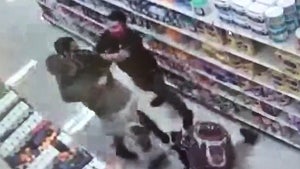 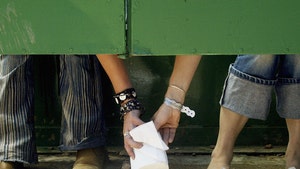 You Might Want to Rethink Weird News Viral Fights & Feuds