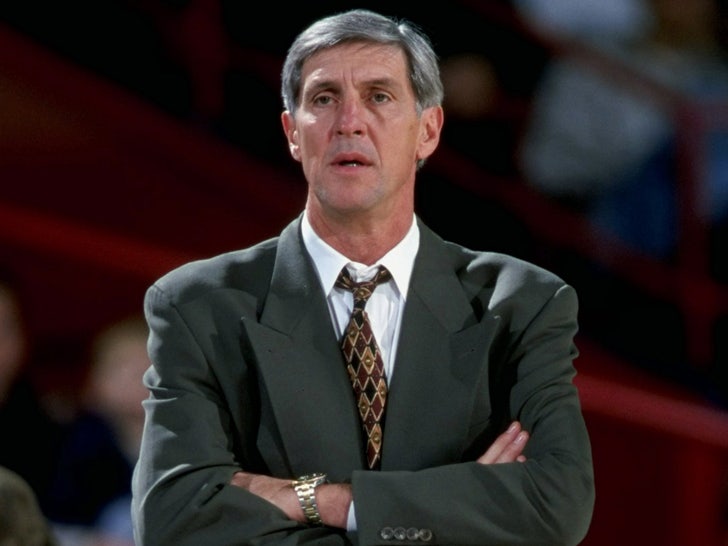 NBA Hall of Fame Coach Jerry Sloan -- who was a member of the Utah Jazz organization for more than 30 years -- has died.

Sloan died early Friday due to complications from Parkinson’s disease and Lewy body dementia. The Jazz released a statement, saying, "Jerry Sloan will always be synonymous with the Utah Jazz. He will forever be a part of the Utah Jazz organization and we join his family, friends and fans in mourning his loss. We are so thankful for what he accomplished here in Utah and the decades of dedication, loyalty and tenacity he brought to our franchise."

Sloan was the head coach of the Jazz for 23 years with 1,223 wins, 20 trips to the playoffs and two NBA Finals appearances ... in which Sloan's teams lost to Michael Jordan and the Chicago Bulls.

Sloan's post-game presser after Michael Jordan's "Flu Game" was recently featured on ESPN's "The Last Dance" ... the coach claimed he didn't even know MJ was sick.

The team statement continues, "Like Stockton and Malone as players, Jerry Sloan epitomized the organization. He will be greatly missed. We extend our heartfelt condolences to his wife, Tammy, the entire Sloan family and all who knew and loved him.”

Sloan worked for the Jazz organization for 34 years as either head coach, assistant, scout or senior basketball adviser.