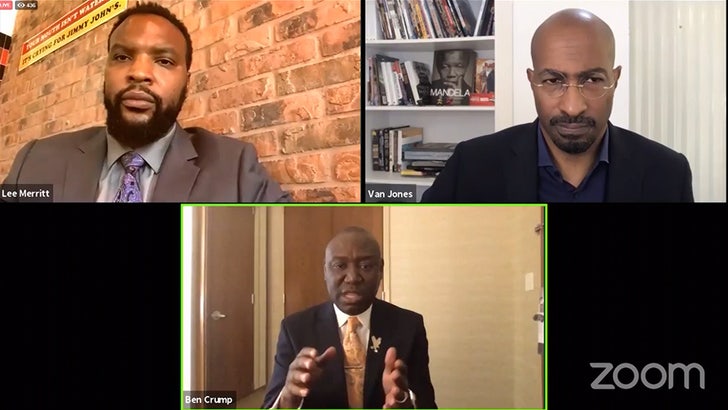 9:38 AM PT -- Crump and Merritt just spoke and briefly offered some opinions and updates regarding Floyd and Arbery's cases. Crump talked about both autopsies and compared each one's findings. He also said the Minnesota AG confirmed he'll look at the independent autopsy as part of his case building. What's more ... Crump said, "What [Floyd] needed was a breath. The family's [now] asking for everyone to take a breath for peace, take a break for justice, take a breath to heal our country and take a breath for George."

Merritt announced the three suspects charged with Arbery's murder will have a bond hearing Thursday morning in Georgia. Merritt said it's appalling that a bond hearing will take place, adding, "We don’t think any bond is reasonable for these brutal suspects." He says he's assured the family "we're confident they will not get bond. We believe in the rule of law." Merritt confirmed the family will attend Thursday's hearing.

The attorneys representing the families of George Floyd, Breonna Taylor and Ahmaud Arbery are holding a news conference to discuss getting justice in the courts AND the United Nations ... and TMZ's streaming live.

Attorneys Ben Crump and Lee Merritt will speak Tuesday morning -- along with criminal justice advocate and CNN analyst, Van Jones -- in an online forum set up by Team Roc.

We're told Crump and Merritt will take questions from reporters and hit topics including the upcoming bond hearing for Ahmaud's alleged murderers, Minnesota AG Keith Ellison taking on George Floyd's case and the next steps for bringing the 3 cases to the United Nations. Presumably, they want the U.N. to deem all three killings human rights violations.

As we previously reported ... the attorneys held a similar virtual news conference last week and not only touched on Floyd and Arbery's murders, but also discussed the tragic killing of Breonna Taylor in Louisville. Merritt also suggested it was time for economic boycotts and sanctions in the communities where these events had unfolded in hopes of conveying their message that racism and police brutality will no longer be tolerated.

The lawyers are also representing Taylor's family and pursuing justice after police killed her in a case of mistaken identity. The virtual news conference begins at 9 AM PT. 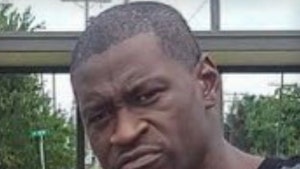