Amy Cooper -- infamously dubbed Central Park "Karen" after calling the police to lie and say a black man was attacking her -- now has her dog back ... just 10 days after her phony call.

The animal rescue, Abandoned Angels Cocker Spaniel Rescue Inc., announced a vet determined the dog was perfectly healthy and -- after law enforcement refused to take the dog in their custody -- decided to return the dog at the owner's request. 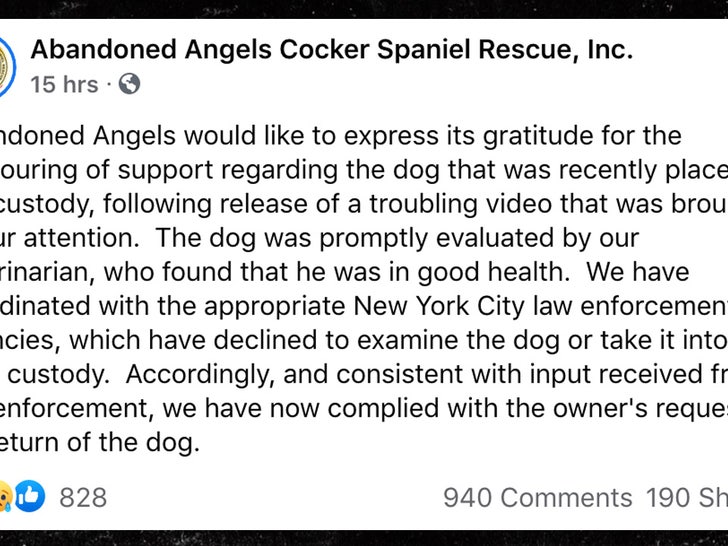 You'll recall, action was swift back on Memorial Day after Amy retaliated against a black man in the harshest way possible after the man, a bird watcher, complained her dog was off-leash despite a law requiring dogs to be on-leash in Central Park from 9 AM to 9 PM.

As we reported ... what happened next is one of the most disgusting acts you'll see after she asks the man to stop recording her. He didn't. She then threatened to call NYPD and "tell them there's an African-American man threatening my life."

The video spread like fire ... and it wasn't long before she was shamed into returning the dog to the animal rescue. She also issued an apology before the financial firm where she worked at firing her saying, "We do not tolerate racism of any kind at Franklin Templeton."