We've heard the audio ... it's disgusting. Rocco uses a deep southern accent to go on a violent rant against black people, gay people and Muslims.

"We both agreed this language and attitude is entirely unacceptable, regardless of circumstances or environment," Smith said.

"I spoke with Rocco and dismissed him from the team. I will not tolerate racism or hate speech."

Rocco has since issued a statement insisting the rant was made 3 years ago -- and intended to be a "satire" of what a racist southern man would sound like.

"This does not condone anything of what I have said, but I promise to you all that this video does not represent me," Rocco said.

"I was doing an accent of a southern man and giving a very satire example of what we all thought it would be funny. This is no way shape or form makes what I said right."

"To all of my brothers, teammates and everyone of color that I have associated with, I hope that you know me well enough to know I am in no way shape or form a racist."

Seems many of Rocco's ex-OSU teammates are NOT accepting his apology.

Keishon Dawkins -- "Where was all this talk when you was sittin right next to me Everyday In the locker room?! Smh man."

Anthony Gould -- "Dude been in the locker room acting cool but whole time he lowkey hate us. SMFH You all the way outta line."

Jaydon Grant -- "Damn bra all that hate in your heart for what?? You are my teammate somebody who I have to go to battle with, somebody who I would put my body on the line for... SMFH that’s a damn SHAME." 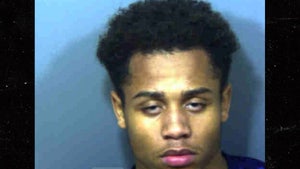 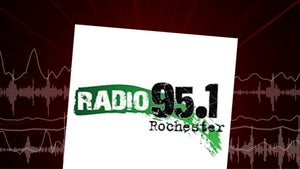