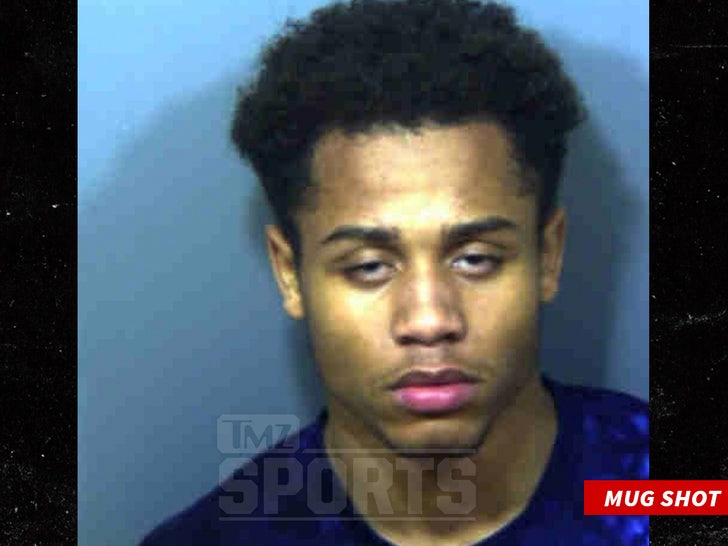 Luke Hill -- one of the top recruits in Oregon's 2020 football class -- was arrested this week ... after he allegedly attempted to murder his ex-girlfriend's new boyfriend.

FYI, 18-year-old Hill is of the one best high school cornerbacks in the country. He signed his National Letter of Intent with Oregon months ago ... but the school says they parted ways in the spring. They have not explained why they parted ways, but they're probably glad they did now, based on the allegations.

According to court docs, obtained by TMZ Sports, cops say they responded to a call of a shooting in Prince George's County, Md. -- near where Hill played his high school ball -- at around 7:30 p.m. on Monday.

While on the scene ... cops say the victim told them he was playing basketball when a white car with window tint pulled up and fired on him.

Fortunately, cops say the victim told them nobody was injured by the gunshots ... and went on to say his girlfriend had received menacing messages from Hill -- whom she had had a prior relationship with -- just an hour or so before the incident.

According to the docs, the victim explained Hill had messaged his GF about their relationship and had stated he was "trying to find out where the victim lives."

Cops say when they went to Hill's home after they wrapped up investigating at the victim's ... they saw Hill pull up in a white vehicle that matched the victim's description -- and after they detained him, they obtained a warrant to search the house.

That's when officers say they recovered three firearms from Hill's residence ... including a Glock 22 handgun that was located in a hidden compartment in Hill's bedroom, behind Univ. of Oregon football recruiting letters.

Officers say the caliber of fired shell casings they recovered at the victim's residence matched the gun in Hill's room ... and they arrested the football player shortly after.

In Hill's mug shot, obtained by TMZ Sports, you can see the guy wasn't exactly a happy camper.

Prosecutors have since hit the 5'11", 175-pound defensive back with EIGHT charges ... including felony first-degree attempted murder and felony assault.

The Univ. of Oregon has told multiple media outlets Wednesday it had parted ways with the football player earlier this spring prior to the arrest... despite receiving his National Letter of Intent earlier in the recruiting cycle.

Hill was previously expected to be one of the Ducks' best incoming freshman in 2020 ... he had picked to play at Oregon over reported other offers from major schools like LSU, Auburn and Florida. 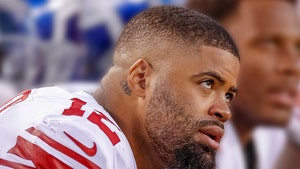 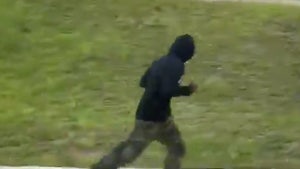