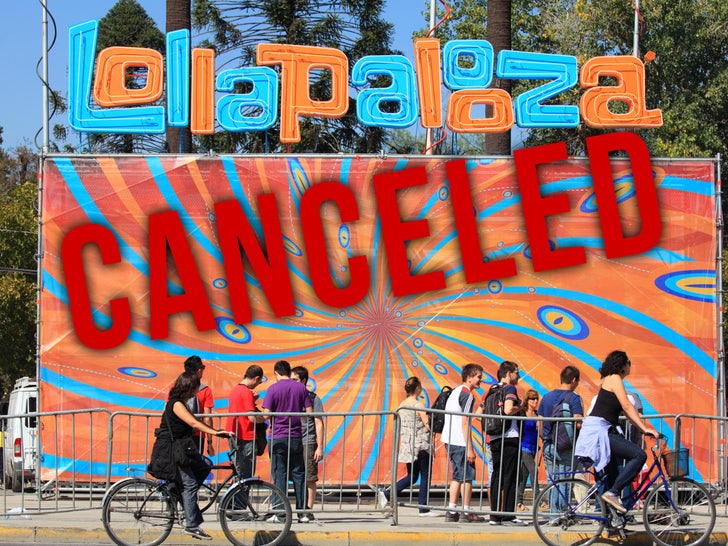 Lollapalooza won't have fans bum-rushing the gates this year, due to the pandemic, but there will still be a festival ... it's just gonna be virtual, and could be a sign of things to come for Coachella.

Organizers of the annual music festival held in Chicago announced Tuesday they won't be able to hold the weekend-long block party after all ... this after Chi-Town scrapped all large, permitted outdoor events through Labor Day. 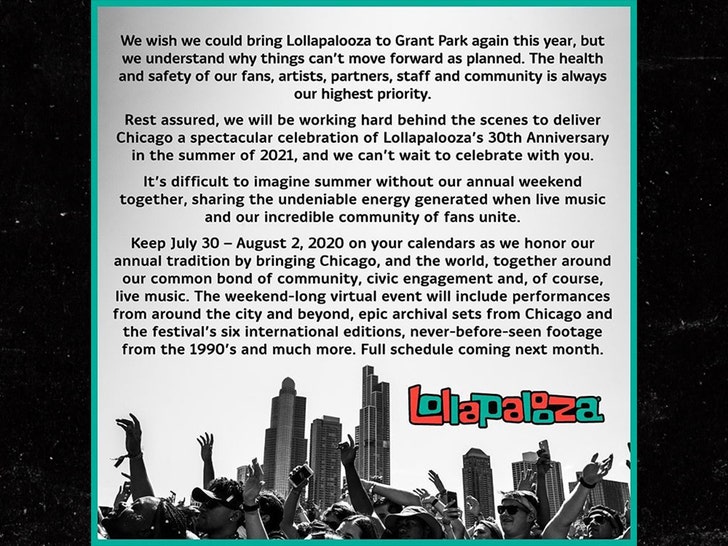 Lollapalooza 2020, scheduled for July 30 to Aug. 2, isn't being postponed ... but instead is moving online, with virtual performances from around Chicago and beyond, plus throwbacks to some of the best Lolla sets and never-before-seen footage from the '90s.

Instead of just pushing the concert dates back -- a la Coachella moving from April to October -- Lollapalooza says "we will be working hard behind the scenes to deliver Chicago a spectacular celebration of Lollapalooza's 30th anniversary in the summer of 2021, and we can't wait to celebrate with you."

Lollapalooza ain't alone in this predicament ... Burning Man as you know it is also canceled by COVID-19, and now all eyes are on Coachella. 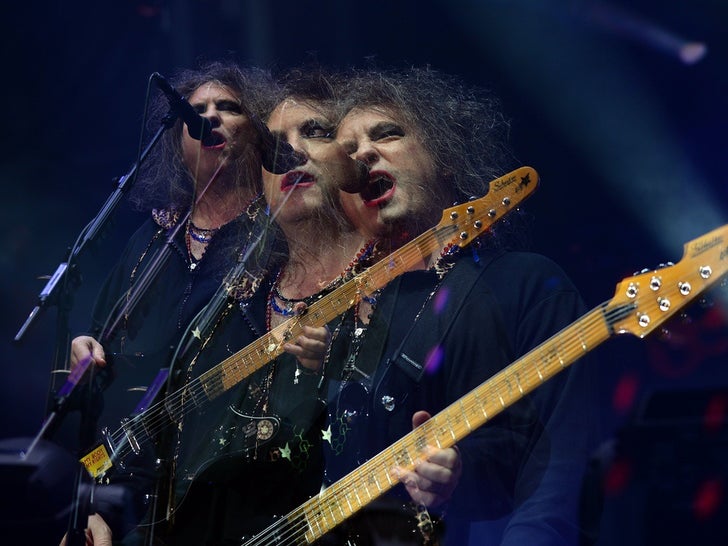 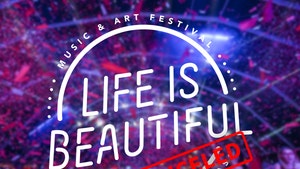 Life Is Beautiful Festival Canceled Due To Concerns Over COVID-19 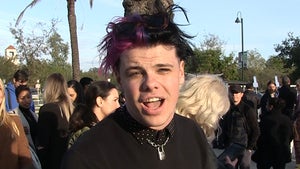