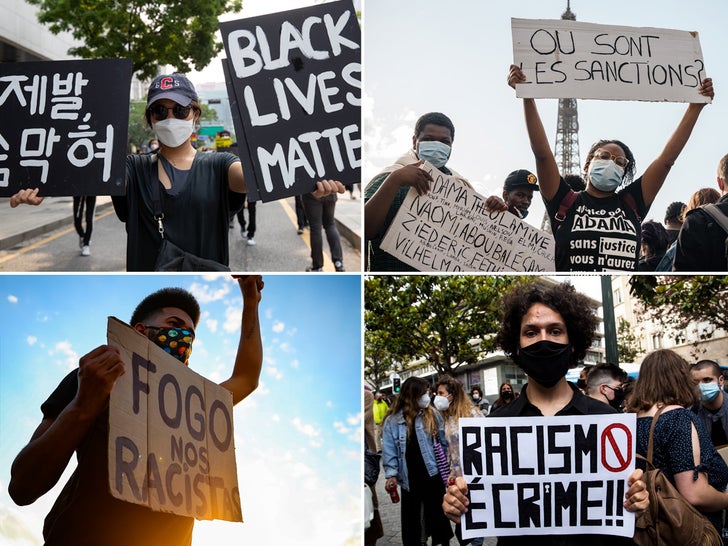 It's official ... the Black Lives Matter movement is a global phenomenon.

Protests have erupted all over the world with people taking to the streets with signs highlighting the BLM movement following the tragic death of George Floyd in Minneapolis. It's incredible, tbh ... seeing people all over the world calling for justice and equality.

Check out the pics ... you'll see hundreds of people gathered in Madrid, Spain protesting racism. Over in Porto, Portugal, a peaceful demonstration was held against racism and xenophobia. South Koreans also rallied behind the US of A's BLM movement.

Again, these are incredible images that expand far and wide ... from Rio De Janeiro and Barking, England to Milan, Italy ... where one person held a sign with the drawing of an alien that read, "I see humans but no humanity."

It should be noted ... President Trump a few weeks ago said Minnesota was "a laughing stock all over the world" after protests erupted there and across the country.