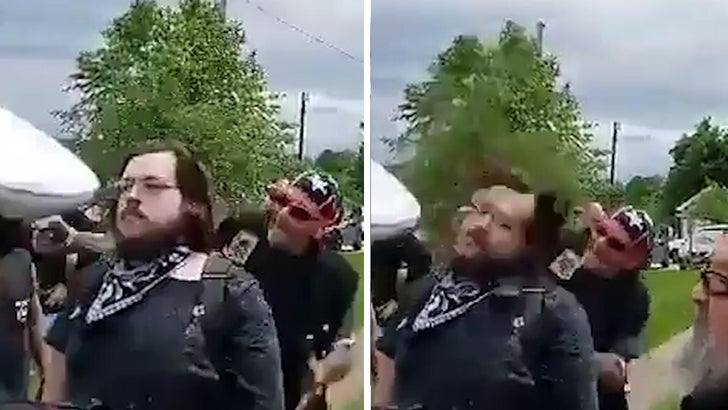 7:03 AM PT -- 6/17 -- Cops say the man who allegedly punched the BLM protester is wanted by cops, who was identified by video and witnesses coming forward. He's wanted for misdemeanor assault. And, get this ... cops also say "This offense took place in the presence of a police officer but was not witnessed by the officer."

2:32 PM PT -- A rep for the Bethel Police Department tells us at the time the video was shot, they only had 6 officers on scene and were in a "no arrest mode." We're told the arrest could've caused the officers to lose control of the crowd and required multiple units.

The rep says there's currently an investigation into the punch as well as the actions of cops on scene ... it's still possible the man who swung could be arrested.

A Black Lives Matter protester probably has a giant knot on his head after getting socked by a counter-protester, and what's startling about the video is a cop's response.

Ya gotta see the video from this weekend in Bethel, Ohio ... a solo white guy was demonstrating for #BLM in the middle of a huge crowd of counter-protesters when someone came up from behind him and landed a punch square on the back of his noggin. Mind you, a police officer appeared to witness the blow from just a few feet away.

The man who was smacked doesn't flinch much, and keeps his composure for a few moments before complaining to the cop. The officer didn't do much, other than joining the mob of people in telling him to get outta town and go protest somewhere else.

Other cops eventually escort the BLM protester away from the hoard of angry white folks ... who yelled at him, "motherf***er" and "mama's boy."

If this video doesn't already show it ... the Bethel protest turned ugly quick, with hundreds of anti-protesters showing up with Trump gear, allegedly shouting racist slurs and carrying rifles. Police had originally only planned for about 100 people to show up ... but that number swelled to nearly 1,000.

As a President once said ... "Very fine people." 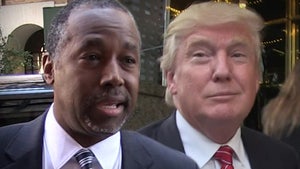 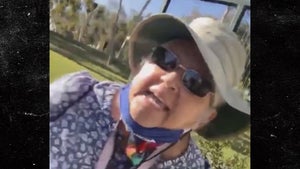