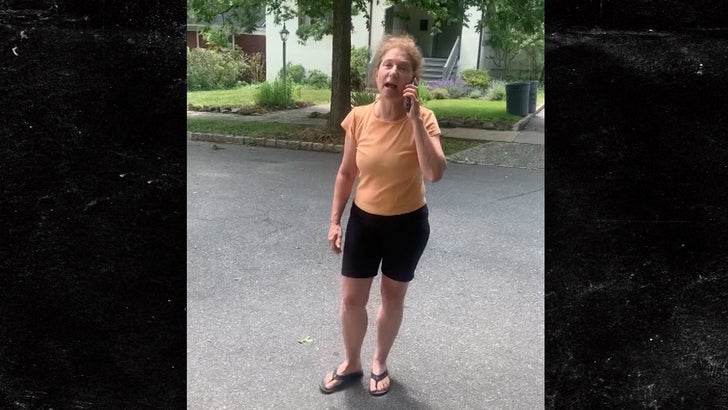 1:53 PM PT -- The Montclair Police Department tells TMZ ... "officers responded to a dispute between neighbors ... at this time, the matter is under investigation."

The NJ woman who's been dubbed "Permit Karen" now has protesters marching because she called cops on her black neighbors claiming she'd been assaulted ... something several other neighbors dispute.

The block war started Monday in Montclair, NJ, where the couple -- who shot this video -- say they told Permit Karen to leave their property when she had a meltdown over their right to install a stone patio in their backyard. That's how the woman, whose real name is Susan, earned the handle.

The couple says PK barged onto their property 3 times in 30 minutes, peppering them with questions about permits for the home improvement project ... and when she didn't get her way, they claim she called the cops with false allegations of an assault against her. 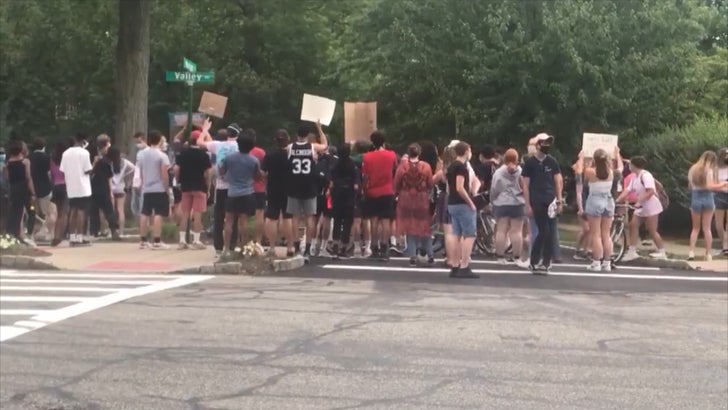 After the couple posted the video, a group of local youths organized a protest ... marching up and down the block and chanting outside Susan's home.

Other neighbors on the block, many of whom are white, are also giving Susan hell ... claiming she was trying "to put her black neighbors back in their place" by calling the police.

The couple claims Susan's been harassing them for 2 years, but called this week's incident an example of "white entitlement and black hate embodied."

We reached out to police in Montclair ... no word back, so far.