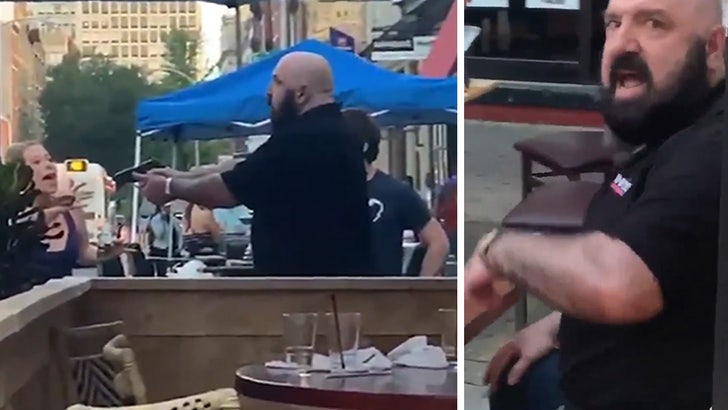 The owner of a Philadelphia bar claims he pulled his gun on a man during a heated confrontation because he thought the guy was reaching for a gun, but apparently ... it was just a bike lock.

It went down Sunday night in the Old City neighborhood, where you see the owner of the Infusion Lounge, Jamie Atlig, pointing his weapon right at the man ... who begins to walk away.

According to witnesses, the man on the sidewalk was yelling at customers for not wearing masks or social distancing, and then things got political with Atlig.

The man allegedly said, "You can have your MAGA privilege," and the owner replied by saying "Trump 2020," and pulling his gun.

Atlig told FOX29 ... he felt threatened because he saw the man reaching for a black, metal object that looked like a gun -- which witnesses say was a bike lock. 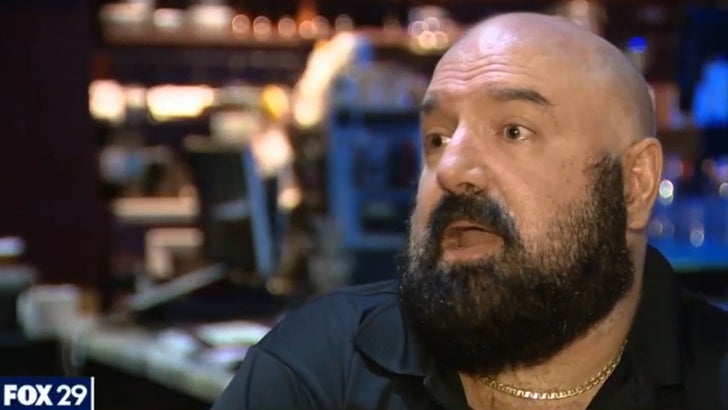 Still, Atlig insists he was in the right, saying ... "He came across and came to attack me. I’m the actual victim in this situation."

The bar owner's lawyer adds ... "He owns a business. He was being threatened as well as his patrons. He pulled out his duly licensed firearm. He diffused the situation. He put the firearm away." Atlig claims he's been receiving death threats since the video went viral.

Philly PD tells us they've opened an investigation into the incident.