OneUnited Bank -- which boasts being America's largest Black-owned bank -- is growing even larger along with the Black Lives Matter movement ... and helping folks in need.

The bank's CEO, Kevin Cohee, tells TMZ ... the numbers are in for June, and they're pretty stunning. Cohee says OneUnited boosted its customer base by 50 percent in the last month alone, and saw a record 50 million deposits into various accounts.

One of those customers is Kammeo Bennett, a mother of 7 who was working as an Uber driver when the coronavirus hit. The pandemic sent her income to a screeching halt one day, but the bank helped her get back on her feet.

Kammeo needed money to support her family and reached out to a few banks about a PPP loan, but didn't follow through with an application until she found OneUnited Bank, which, as a black-owned institution, made her feel more comfortable as a black woman.

Bennett ending up being the first OneUnited customer awarded a PPP loan. She says she couldn't believe it when the bank called, and says the loan was her saving grace.

Cohee says there's an increased demand for the bank's services across the board, and website traffic was up 100 percent in June compared to all of last year!

We're told the boost in biz has resulted in OneUnited doubling its social media team, and increasing its customer service reps by 50 percent since March.

Though the surge in OneUnited's numbers coincides with a month in which Americans took to the streets to protest racism and police brutality, Cohee says the wheels were set in motion before the coronavirus pandemic shutdowns.

Cohee attributes the rise in business beginning in March to some new technology rollouts that made online banking at OneUnited easier. It also had a hit with its Harriet Tubman debit card a month earlier.

However, the CEO says after the news of Ahmaud Arbery's slaying and the death of George Floyd at the hands of police officers ... the Black community began focusing on supporting Black business more, including the bank.

Cohee says the institution is founded on engaging in the social activism that people want to support ... and that's the major reason for the spike.

As for that activism ... OneUnited is supporting Blackout Day 2020 on July 7, an economic boycott urging people to support Black-owned businesses exclusively. 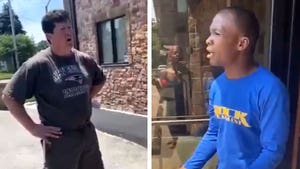 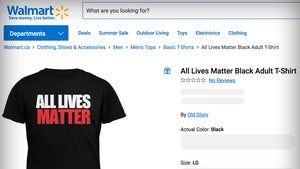 Walmart Under Fire for Selling All Lives Matter T-shirt