Alabama football offensive coordinator Steve Sarkisian is recovering from a heart procedure this week after a routine physical uncovered a concerning "anomaly" ... but he's expected to be okay.

The University of Alabama explained the situation this way ...

"The Alabama football coaching staff participates in an annual executive physical. During Coach Sarkisian's physical last week, it was determined that he needed a procedure to correct a congenital cardiovascular anomaly before it became an issue."

"Coach Sarkisian underwent a successful procedure this past Thursday in Birmingham. He is back home in Tuscaloosa and is expected to make a full recovery."

46-year-old Sarkisian was previously the head coach at USC -- and also spent time on the Atlanta Falcons coaching staff. 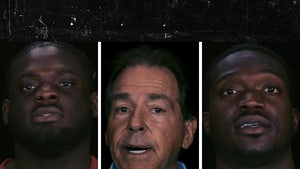 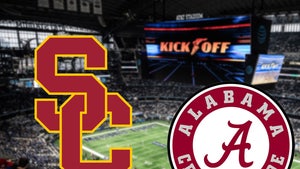 USC vs. Alabama 'Not Happening' In 2020, Says Colin Cowherd