"Scooby-Doo" sleuth Velma is a lesbian -- at least according to writer/director James Gunn, who says she was definitely gay in his initial 2002 movie script.

Before the filmmaker rose to the ranks of director of the "Guardians of the Galaxy" films, he wrote the screenplays for the live-action "Scooby-Doo" and its 2004 sequel, 'Monsters Unleashed' ... and he says he intended for Velma to be "explicitly gay."

Gunn was replying to a fan on Twitter asking him to return to the franchise and make a live-action Velma gay ... he claims he already tried it. 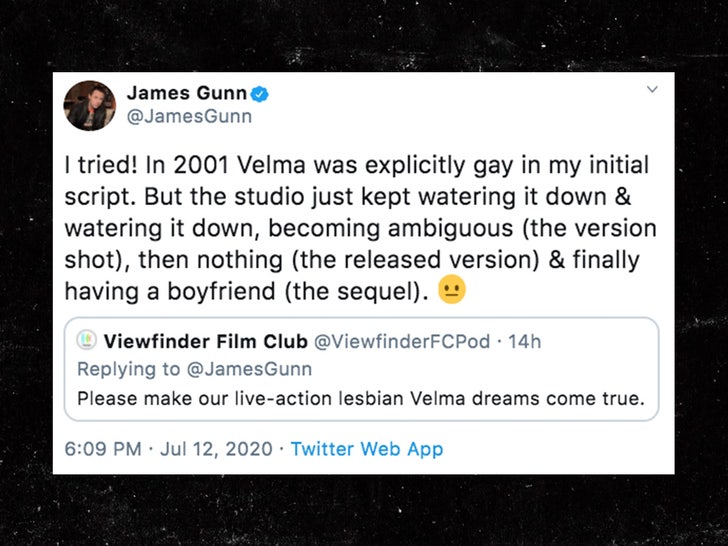 According to Gunn ... the studio, which was Warner Bros., "just kept watering it down & watering it down, becoming ambiguous (the version shot), then nothing (the released version) & finally having a boyfriend (the sequel)."

Essentially ... Gunn's accusing Warner Bros. of putting the kibosh on a gay character riding shotgun in the Mystery Machine with Scoob & co.

Gunn replied to another fan, suggesting the 2002 film’s home video release hinted at what he was trying to do with Velma’s sexuality in the original script.

The Velma character in the movie was played by Linda Cardellini ... of "Dead to Me" and "Bloodline" fame, most recently. 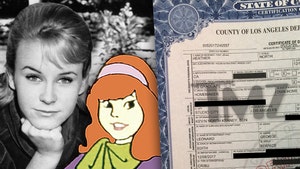