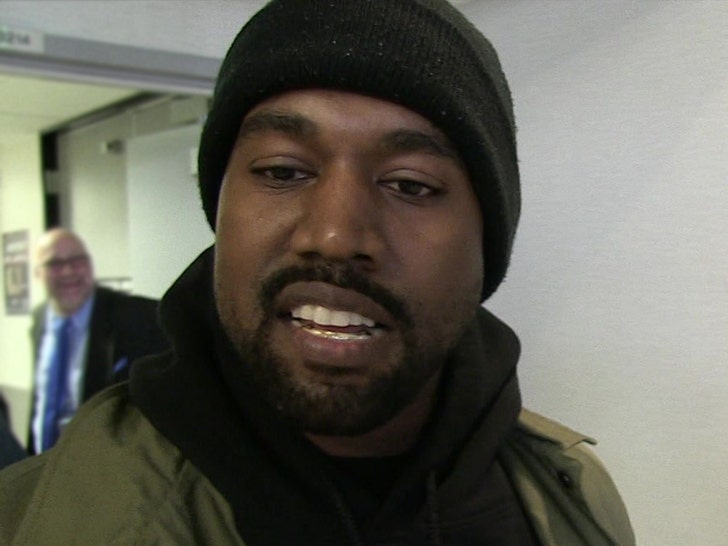 Kanye West's presidential campaign just keeps rolling along, and he's now setting his sights on South Carolina ... where he's trying to grab enough signatures to get on the November ballot. 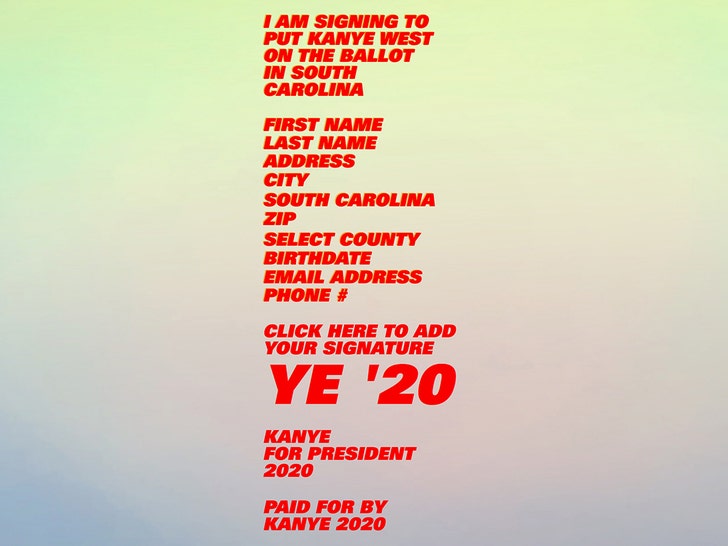 Kanye posted a tweet, urging S.C. voters to support him with a signature. His petition reads, "I am signing to put Kanye West on the ballot in South Carolina ... Click here to add your signature -- YE '20."  He needs around 10,000 signatures to qualify as the official Birthday Party candidate.

TMZ broke the stories of Kanye's efforts, including filing the necessary docs with the Federal Elections Commission and docs to get on the Oklahoma ballot.

The first poll shows Ye at 2%. He ain't gonna win, but he could be a spoiler, and that's got lots of people super concerned for various reasons.