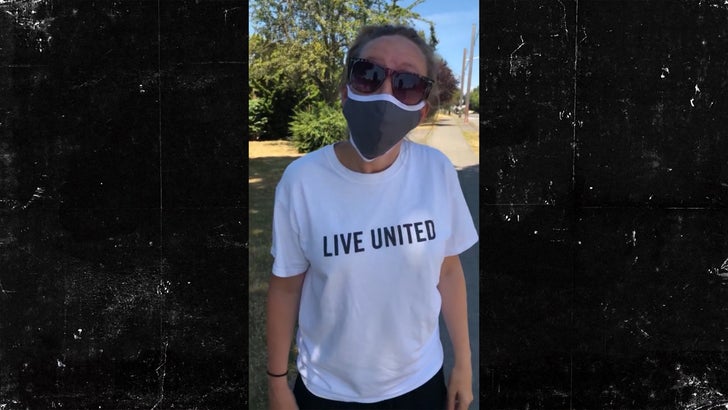 A Seattle woman flipped out on a photographer using a drone for real estate photos, accusing him of secretly recording women ... but he thinks her rant was really about seeing a black guy on her block.

The photog, Thomas Samuel, shared video of the incident, in which the latest "Karen" accosts him as he was, in his words, "working and minding his own business."

The vid starts with the woman, who ID's herself as Katelyn, complaining about a drone coming down on her house. She acknowledges that she came out cussing at Thomas and claiming he's filming women.

When Thomas explains he's working for the real estate company Redfin, the woman doesn't buy it ... and angrily says she's going to go call them to verify.

Thomas wrote after the confrontation ... "Just had this woman come at me accusing me of being a criminal and a pervert/creep with my drone bc I was taking pictures of her neighbors house smh."

He added ... "I was hired and working a job, notified the homeowners that I was there and got approval to fly, not to mention I have my FFA Part 107 license to fly drones."

Thomas went on to allege the woman thought the worst of him because he's black.