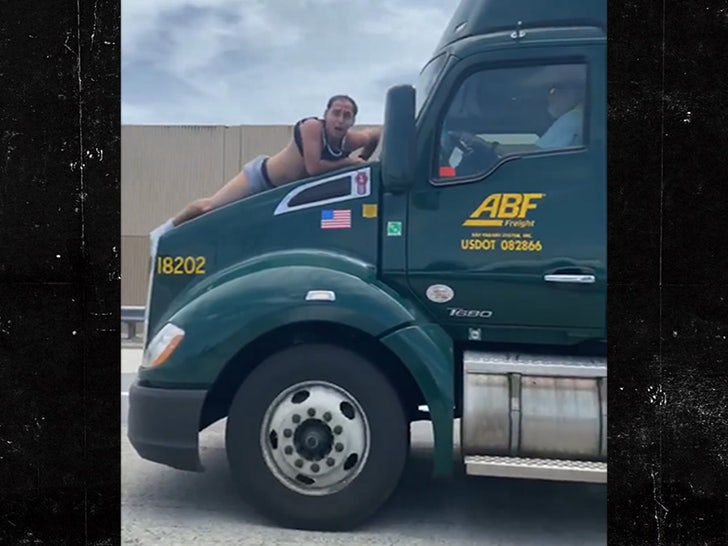 6:07 PM PT -- We got a bit more context on this freaky story, and according to the driver himself ... the man put himself on the hood on his own volition, and started causing a ruckus for no reason. 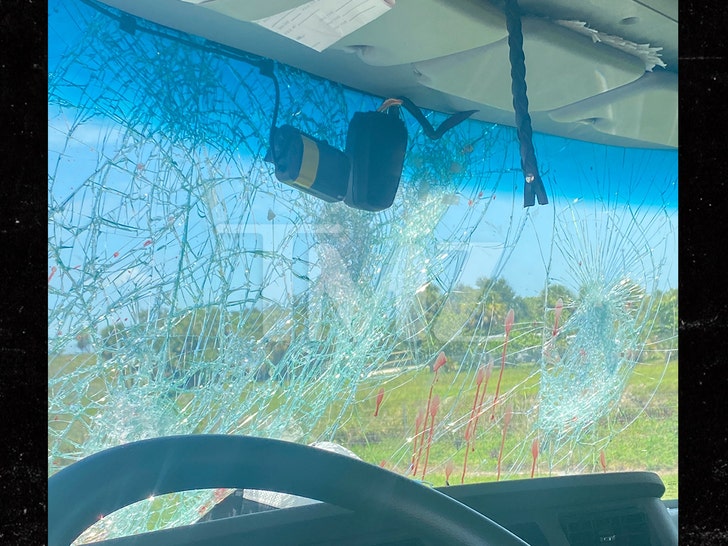 The driver, Edward Hughes, tells TMZ ... this dude hopped onto the interstate bloodied and frantic, waving for the truck to stop ... which Hughes says he did. Once he did that, Hughes claims the guy latched onto his hood and started using a metal object on his windshield.

Hughes says he panicked and hit the gas, trying to shake the man off ... as he was successfully breaking through the glass. Hughes got some shots of the damage, and it looks like this fella was hacking away during the mayhem, and broke through a bit too. 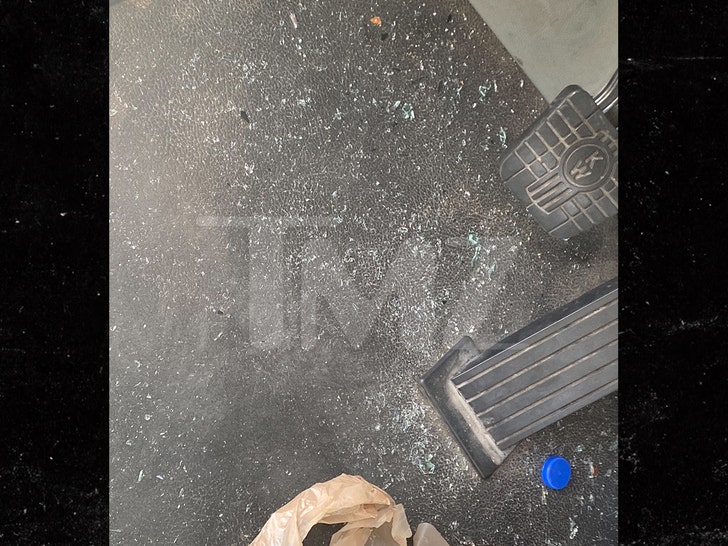 We're told Hughes eventually got a hold of cops, and they finally pulled him over and took the man in question into custody. It's unclear what might've been wrong with him.

Florida man strikes again -- only this time, he's in action hero mode, which looks way more terrifying in real life than it does on the big screen.

This insanity went down Saturday in the Sunshine State somewhere along I-95 -- where a big rig was cruising down the highway at a pretty fast clip with a HUMAN BEING stuck on its hood outside ... clinging on for dear life.

The driver didn't seem super agro ... trying to shake the guy off by jerking the steering wheel back and forth, and weaving in and out of traffic lanes. The two people who captured this pulled up alongside them -- you can hear the guy clinging to the truck scream for help.

It looks like something out of a movie -- maybe "Mission: Impossible" or something -- but it's all too real ... and it's freaky AF. What's even crazier ... the driver didn't stop at first, he just kept on going and tried finding other ways to shake the dude off ... like hard braking.

Eventually, it looks like the cops pulled the truck over and got things under control. We don't know if anyone was cited or arrested. It's also unclear what triggered this.

Florida, man ... they stay wildin' out there. 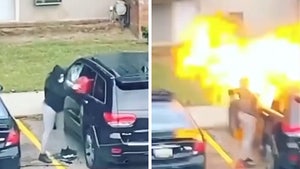