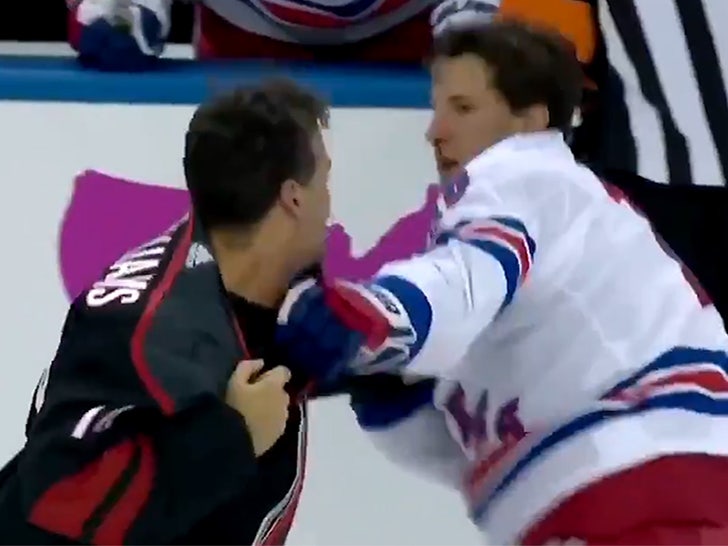 The new NHL season during the pandemic has begun -- and we're already seeing some changes, as well as some traditions of combat ... and the latter ain't a good look.

Saturday marked the beginning of the 2020 season, which is being played in only two Canadian hub cities -- Toronto and Edmonton. Hockey is following in the footsteps of the NBA ... which is also being played in a bubble, unlike MLB and soon ... the NFL as well.

Anyway, two things of note went down to kick things off -- first off, we got our first glimpse of a classic hockey fistfight on the ice ... something that's actually allowed in the sport. Justin Williams and Ryan Strome -- of the Carolina Hurricanes and New York Rangers respectively -- went at it during their match, coming to blows, until referees eventually broke it up.

Neither guy was wearing a mask -- and no, we're not talking hockey masks or helmets. No distancing either ... so yeah, they were puffing particles right at each other, which ain't safe. On the flip side, they're all technically quarantined -- so perhaps no harm no foul?

At any rate, it was interesting to see ... even in the pandemic, old habits die hard in some sports.

Second, we saw the first showing of kneeling for Black Lives Matter -- but the gesture didn't go down en masse. It was just Matt Dumba of the Minnesota Wild, who gave a speech before the National Anthem was played ... and got some shoulder support from two Blackhawks and Oilers players.

Doesn't look like too many, if any, other players knelt in solidarity. Sorta speaks for itself, really. 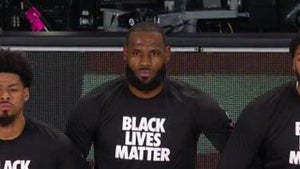 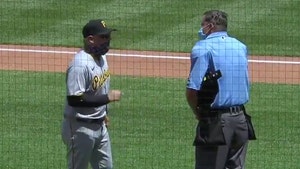