HAB tells TMZ ... their group got a bunch of tips about who put the Trump 2020 sticker on the collar of the black bear, and they tracked the guy down. We're told he is indeed a Trump supporter -- and told them putting the sticker on was his way of protesting the way the animal was being treated ... namely, being tracked with an uncomfortable collar for study.

HAB says they educated this fella on why that behavior is unacceptable, and eventually ... we're told he acknowledged that and promised not to do it again. As for how he got the sticker on the bear in the first place -- HAB says the guy lured it over with food. Go figure.

We're told HAB doesn't plan to pursue the matter any further, as no crime was committed ... and the dude promised to change his behavior. The sticker oughta be removed ... eventually.

President Trump has the black bear vote ... at least that's what someone wants you to think after a Trump 2020 sticker was slapped on a wild animal's tracking collar.

Help Asheville Bears, an animal rights group based in North Carolina, says it's offering $5,000 to find the folks responsible for putting a Trump 2020 sticker on this bear's collar. 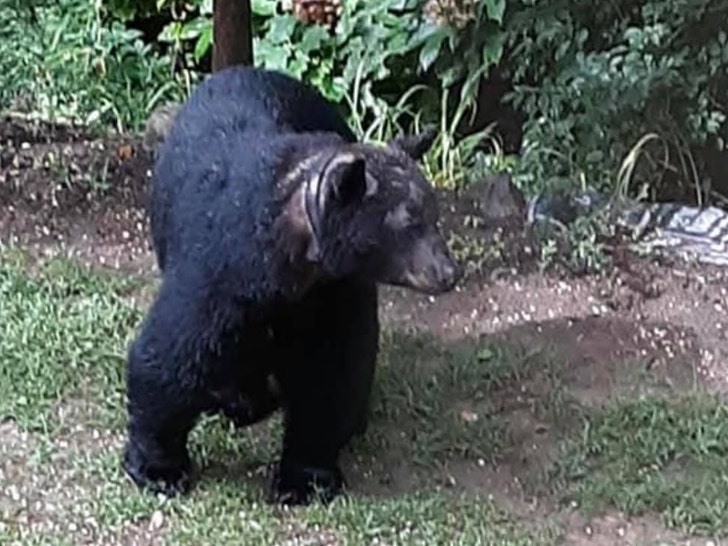 HAB calls the person responsible for the political statement is "cruel and heartless" ... and the group says this is the second black bear they know of with the Trump reelection campaign sticker.

The black bear was photographed by Asheville resident Sheila Chapman, and she says the animal was hanging out on her front porch when she snapped the pic. The sticker itself doesn't seem to be harming the animal, but it might have a hard time getting into the Democratic Convention.

Sheila thinks the bear is being tagged and tracked by The North Carolina Urban/Suburban Bear Study -- she claims she's seen bears with collars before in her neighborhood -- and says the sticker angered her and made her sad. 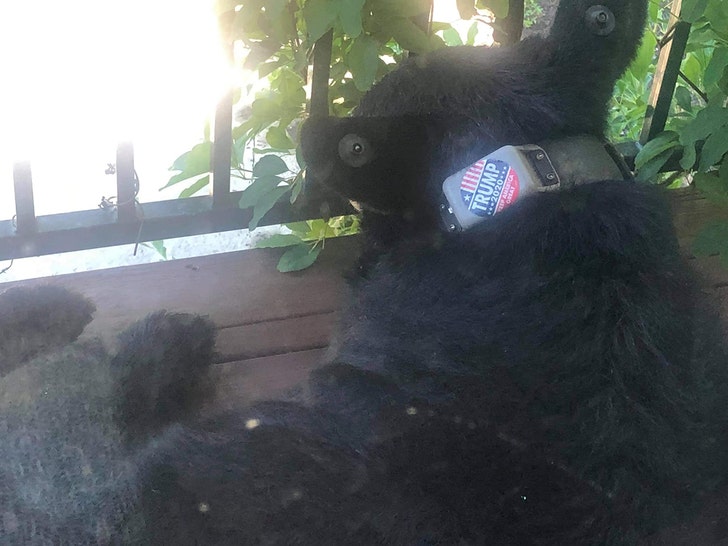 HAB seems to believe the person who effectively made the bear a walking Trump billboard might be someone involved in the study. Let's face it, ya don't see a lot of civilians walking up to wild bears ... with or without political agendas.

HAB is calling for a full investigation, and the bear study program told CNN its researchers don't condone people approaching bears for any reason.

Seems face masks aren't the only things getting political nowadays. 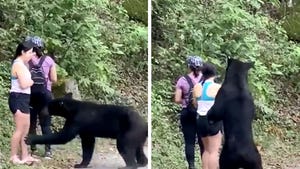