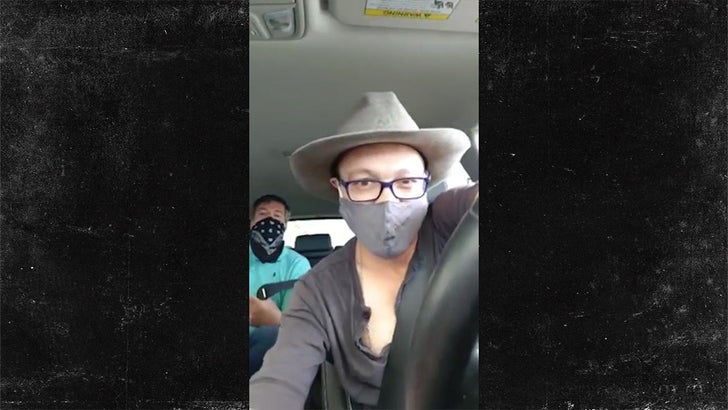 11:10 AM PT -- The driver, Nicholas, tells us he picked Danny up at Denver Intl Airport -- passengers are supposed to wait at an island that's accessible from both sides -- and Nicholas says he chose the safer location. Nicholas says he didn't call the cops for the incident.

A rideshare passenger caused loads of trouble for a driver without even leaving the curb ... launching a sneak attack with a bottle of hand sanitizer after a tense showdown.

This ride that literally went nowhere started out on the bad ... the driver asks the passenger, Danny, to put his mask on ... and he responds by shading the driver ... telling him he picked him up on the wrong side of the street.

The driver doesn't take the dig too kindly and tells Danny to get out of the car because the ride is over ... and Danny starts arguing before launching his surprise, sanitizer attack.