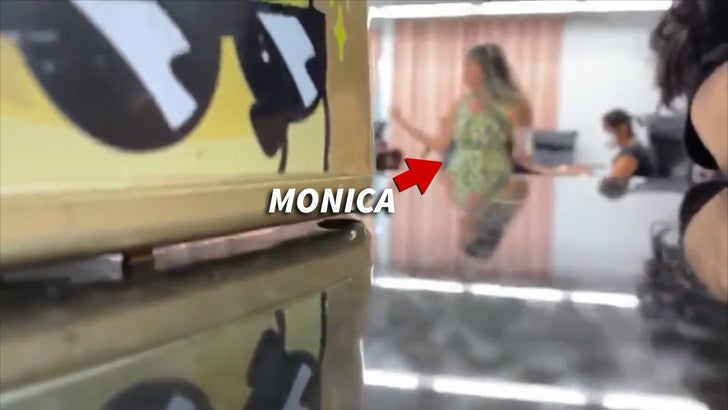 A Florida woman -- who swears her music career's about to blow up -- went on a racist tirade against a nail technician, and jacked Bhad Bhabie's famous catchphrase while she did it.

The latest "Karen" recently went into a nail salon and got into a dispute with an employee, but when she was advised to leave ... she launched into a xenophobic attack on the staffer.

The woman -- who goes on to identify herself as an independent recording artist named Corina Monica -- repeatedly yells at one of the nail techs ... "Go back to your f***ing country."

She also threatens to get violent, says she's crazy, and quotes Bhad Bhabie -- aka Danielle Bregoli -- from her infamous "Cash Me Outside" interview on Dr. Phil.

Despite taking it all the way back to 2016 with that line ... Corina insisted she was a fresh new artist who's about to be a huge star. You can tell from the video ... no one was buying into that.

BTW, we checked, and Corina's main music video on her YouTube channel has less than 1,000 views.

And here's a fun fact for racist Corina -- the person who posted the salon video says the nail tech she targeted with her racist rant was born right here in the U.S.A.

Danielle Bregoli You Might Want to Rethink Beauty Fights & Feuds