3:07 PM PT -- Looks like the rest of the 'AGT' judges are sending their well-wishes to their leader. Sofia Vergara posted a photo of her Heidi Klum and Howie Mandel gesturing to Simon's empty chair, while wearing face masks.

She captioned the photo, "We miss our boss!! Come back fast @simoncowell!!🚑 🚑"

2:11 PM PT -- Cowell's nasty bike accident turned into a 6-hour long surgery ... but what is still unknown is how it will affect is work. "America's Got Talent" is set to resume live shows on August 11.

Simon Cowell didn't get far on his new electric bike, he crashed and broke his back.

Simon was tooling around his Malibu estate Saturday on his new bike, apparently trying to get the hang of it, when he fell to the ground and seriously injured himself.

Cowell was taken to a nearby hospital and will undergo surgery.

In a very British statement, his rep said, "Simon had a fall from his bike on Saturday afternoon whilst testing his new electric bike in the courtyard at his house in Malibu with his family." 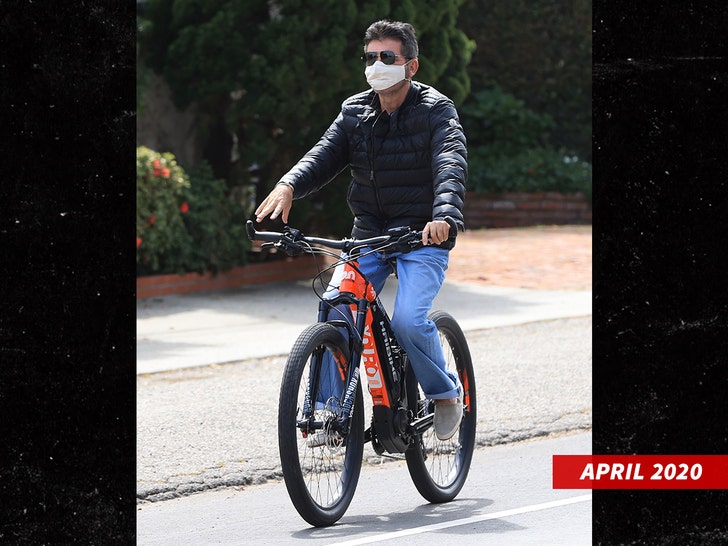 FYI ... some of these electric bikes can go as fast as 28 MPH at full throttle, and pedaling makes it go even faster. If the bike goes down ... well, it's trouble ahead. 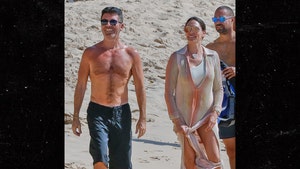 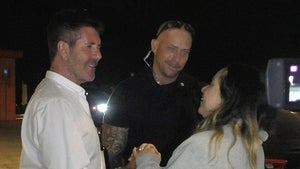