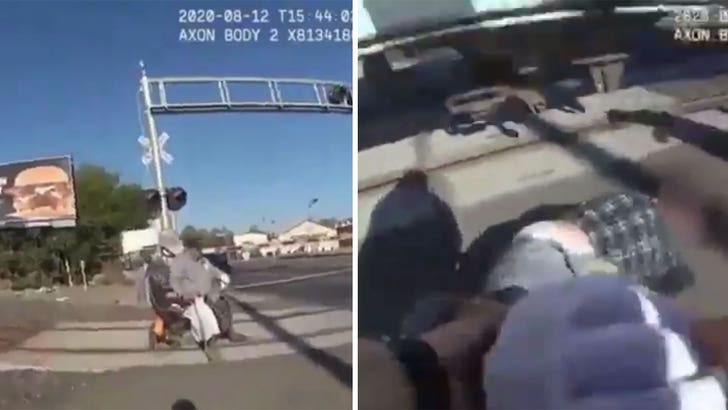 A veteran police officer took quick action and risked her own life to save a man in a wheelchair from being run over by a train ... just in the nick of time.

The incredible rescue in Northern California was caught on the body cam of Lodi PD Officer Erika Urrea, who was patrolling the area Wednesday morning when she noticed the 66-year-old man was still on the railroad tracks as the crossing arms were coming down.

Urrea hopped out of her cruiser and ran to the man to move him away, but upon realizing his wheelchair was wedged in the tracks -- with a locomotive charging toward them -- she pulled the guy off and they both fell to the ground ... just as the train sped by and struck the wheelchair.

It all went down in a matter of seconds, and Urrea radioed for help after the save as the man suffered a leg injury. Police say he was transported to the hospital for treatment and is expected to survive.

Pretty clear from this video ... Urrea's selfless actions prevented a total tragedy, and Lodi PD brass say they're proud of her heroism. 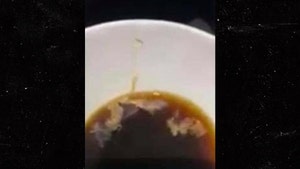