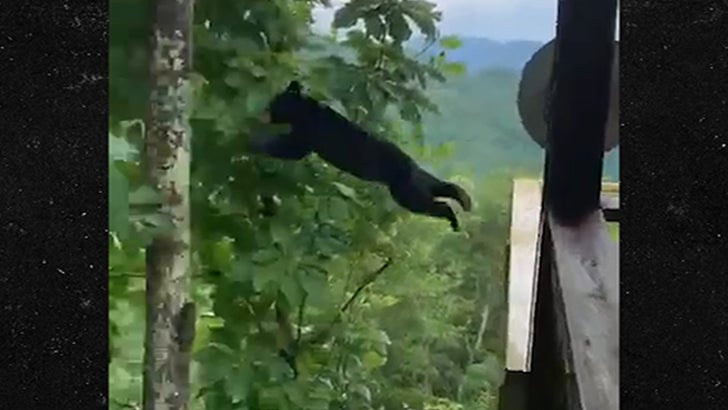 Someone tell Yogi that Boo Boo's all grown up and quite the athletic bear -- he's out here doing his own amazing flying stunts! Those picnic baskets paid off, eh?

A family in Maggie Valley, NC captured this incredible scene of a black bear cub yanking itself up onto their deck -- which appears to be pretty high off the ground -- balancing itself on the narrow wooden beam ... and making a clean getaway when he notices he's been spotted.

Melissa Howell says as soon as the bear -- whom she and her hubby have come to know as Boo Boo -- realized it was on camera, it immediately leaped from the deck to a tree several feet away! Literally, a flying bear ... for a second, anyway.

Boo Boo quickly scurried down the tree without skipping a beat, and gave us all a quick refresher on how skilled bears are at climbing. And, apparently, jumping too.

JUST COOLING OFF: A Southern California family looked on as a bear took advantage of their backyard swimming pool. https://t.co/wMQO0t7pLQ pic.twitter.com/Hz2UYqfOuU

This also proves bears are super curious creatures, and can be pretty brazen in dealing with humans. Just check out this brown bear in SoCal that recently wandered into someone's backyard to cool off in their pool. The fam tried shooing it away, but it took its sweet time ... probably because it knows no one was gonna come out and mess with it. 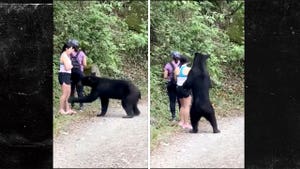