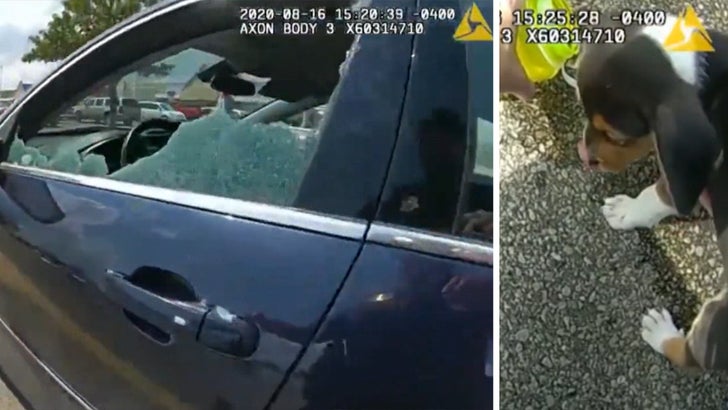 Who let the dog out? This awesome cop in Ohio who broke into a locked, hot car to save a puppy from sweltering heat.

The incident went down in Clermont County, Ohio where a Miami Township cop responded to a call about a puppy under duress after it was left inside a locked, hot car for over an hour. Body cam footage shows the moment the cop shows up and shatters the driver's window.

As you see in the video ... the cop finds the puppy on the floor of the back seat. The puppy later wakes up before the cop gets the puppy to drink some water. It had been nearly 90 degrees that day when the cop was called to the scene, and inside a car, it's like an oven.

Animal control's now got the pooch and are on the case. Already in 2020, 14 kids have died inside hot cars in SoCal alone ... so let this be a warning. 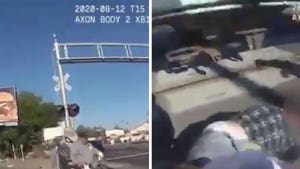 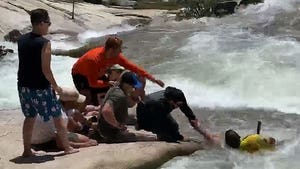