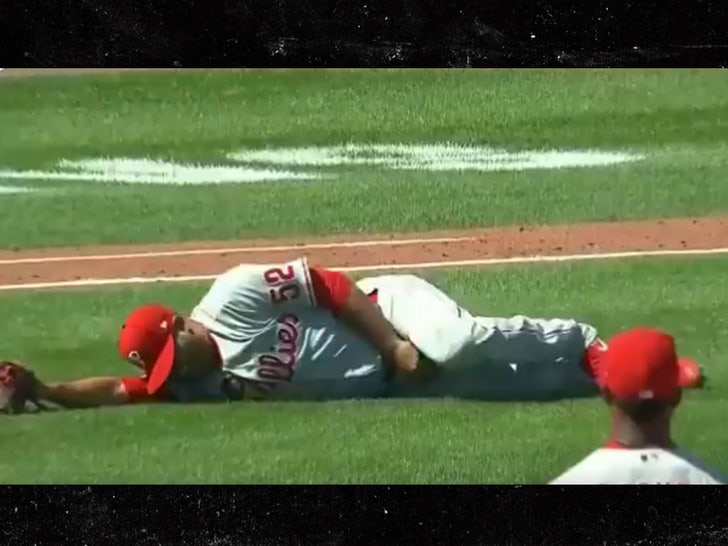 Speaking a few hours after the incident, Alvarez told reporters somehow everything checked out fine after a trip to the hospital.

"It was pretty bad," Alvarez said. "Obviously, it hit me in my private parts. It’s a pain that’s hard to describe."

"But, thank God I feel much better now. Everything was good in the hospital. Nothing wrong. Nothing bad. Hopefully, I’ll be good in a couple days."

WARNING: THIS VIDEO WILL MAKE YOU SQUIRM!!!

A Philadelphia Phillies pitcher was hit square in the groin by a 105 mph line drive Thursday ... and the ball caught so flush with the guy's man junk -- he needed a cart to leave the field.

Relief pitcher Jose Alvarez was facing Blue Jays outfielder Lourdes Gurriel in the bottom of the 5th -- when LG launched a comebacker that found its way straight into Alvarez's crotch.

Oh my Jose Alvarez right in the....

🙈 Carted off the field
pic.twitter.com/vDVZ8yR9oL

Alvarez was able to shake off the pain for long enough to get the out at first ... but immediately after, the dude crumpled to the grass, wincing and grabbing his ding dong area.

Jose was down on the field for several minutes ... before, eventually, trainers loaded him onto a cart to take him into the locker room.

Unclear the extent of Jose's injuries ... but dude did give a wave on his way off the diamond -- a decent sign everything might be all right after all. 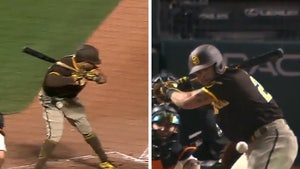 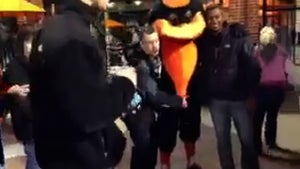 Baltimore Orioles Mascot -- PUNCHED IN THE NUTS ... Mascot Fights Back