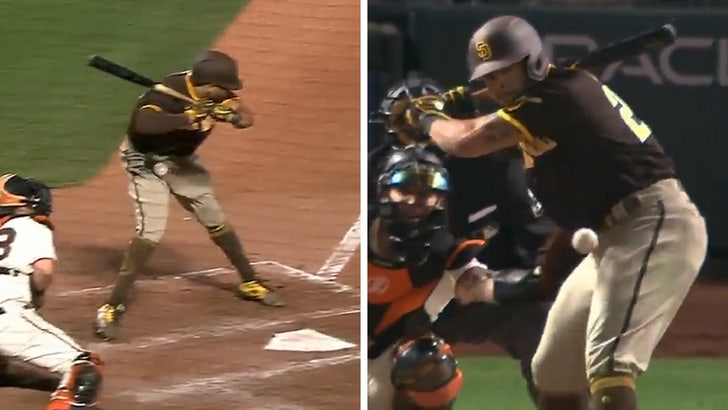 Talk about a breaking ball, huh?!!

Pham was facing SF Giants reliever Sam Coonrod in the top of the 8th -- when a slider slid a little too far and hit Tommy right in the man junk!!!

The pitch was clocked at 86 MPH -- which ain't exactly slow -- but somehow, Pham wasn't hurt.

In fact, he handled the situation so well, Pham got props from Giants analyst Mike Krukow on the broadcast.

"Oh, man. Tommy Pham you are a better man than I am," Krukow said. "I'd be doing snow angels in the batter's box on that one."

Pham ran the bases for himself after the HBP ... but he was pulled from the game shortly after in the bottom of the 8th.

Fortunately, Padres manager Jayce Tingler said he was removed for precautionary reasons ... and is expected to be fine going forward.

After the game, Pham joked about the incident on Instagram -- saying, "Career almost ended." 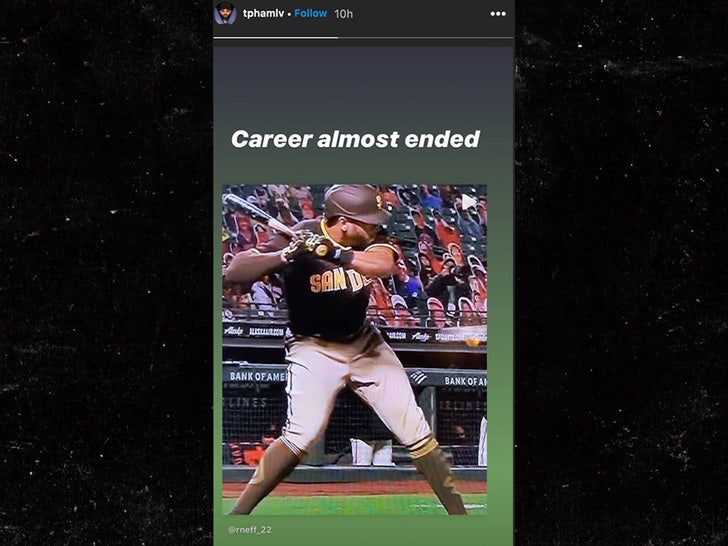 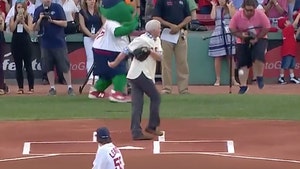