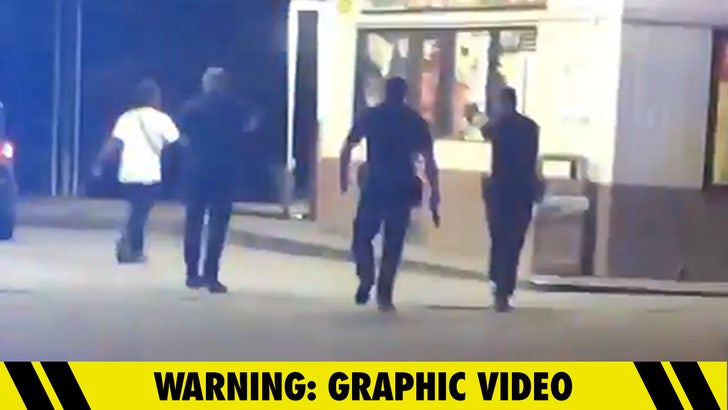 8:56 AM PT -- The police department said the shots were fired just as the victim was about to enter the convenience store, armed with a knife. What they did not explain ... why 11 shots?

A Black man was fatally shot and killed by cops -- shot 11 times -- as he walked away from them, and it was all caught on video.

The man was at a gas station in Lafayette, Louisiana when someone called police to report a disturbance. At least half a dozen police arrived, and according to the eyewitness --who shot the video -- he appeared to be holding a knife.

You hear cops order the man on the ground, but he continues to walk. The woman who shot the video says she saw police tase him, but he was still upright.

As the man reaches the door of the gas station convenience store, shots ring out -- 11 shots, and the man is dead.

A spokesperson from the Louisiana State Police says the man was involved in an altercation in an intersection. It's unclear from police reports, but it appears cops may have followed the man for half a mile before the fatal encounter at the gas station.

The officers have all been placed on administrative leave with pay pending an investigation. 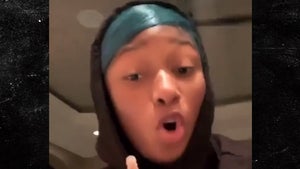