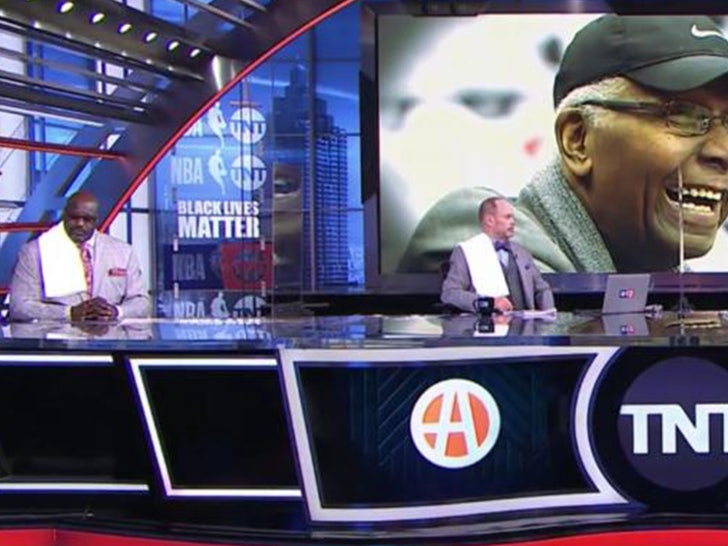 4:00 PM PT -- Touching tribute to John Thompson on "Inside the NBA" -- where Ernie Johnson handed out towels to his co-hosts to honor the Georgetown legend.

Thompson was famous for sporting a towel over his shoulder while coaching the Hoyas during his 27-season run with the team.

And, to honor the coaching legend, Ernie felt it was only right for everyone to rock a tribute towel on the set Monday night.

The show also featured a tribute video to Thompson explaining why he wasn't just a great coach on the court, but made such a tremendous difference in so many lives off of it as well. 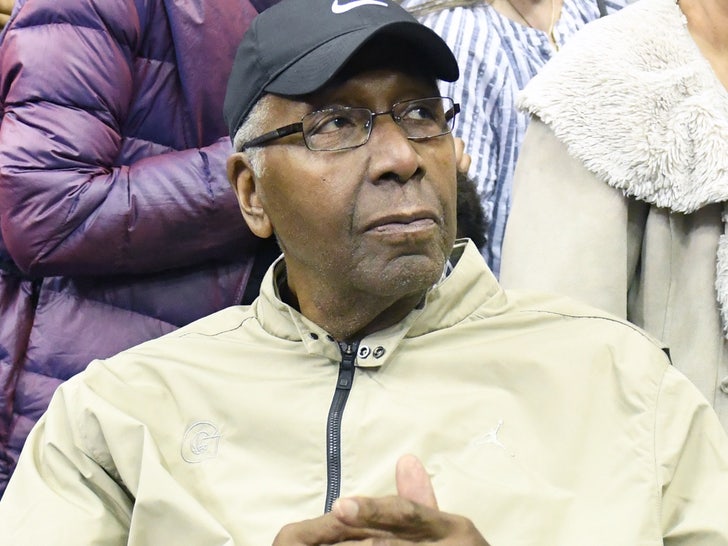 Georgetown legend and current head basketball coach Patrick Ewing is grieving the loss, saying, "We will all miss you, Coach Thompson - but we will never forget you. 🙏🏿."

"Georgetown University, the sport of basketball and the world has lost someone who I consider to be a father figure, confidant and role model," Ewing said.

"He has done so much to impact my life and the people he has coached and mentored along the way. However, his reach went well beyond just those who he knew personally, he changed the world and helped shape he way we see it."

"He was a great coach but an even better person and his legacy is everlasting."

6:44 AM PT -- Allen Iverson just weighed on the death of his college coach -- saying, "Thank you for saving my life."

Iverson has long credited Thompson with giving him a chance when everyone else had written him off following criminal allegations in 1993 surrounding a bowling alley brawl.

"I’m going to miss you, but I’m sure that you are looking down on us with a big smile," AI added.

"I would give anything just for one more phone call from you only to hear you say, 'Hey MF,' then we would talk about everything except basketball. May you always Rest in Paradise, where there is no pain or suffering. I will always see your face in my mind, hoping that I made you proud. “Your Prodigal Son”. #Hoya4Life."

John Thompson -- one of the greatest and most important coaches in college basketball history -- has died. He was 78.

Thompson passed away Monday morning. The circumstances surrounding his death are still unclear.

Thompson was the first Black head coach to win a major college championship, when he led Georgetown to the NCAA title in 1984.

Thompson coached at Georgetown for 27 seasons -- and has the most wins in the school's history ... racking up 596 wins.

Before his coaching days, Thompson was a college basketball star at Providence -- where he was an honorable mention All-American in 1964.

He was later selected in the 3rd-round of the 1964 NBA Draft by the Boston Celtics -- where he played for 2 seasons. Oh, the team won the NBA title in both of those seasons!

After that, Thompson became a high school basketball coach in Washington D.C. before making the jump to Georgetown ... and the rest is history.

Among the stars who played for Thompson -- Ewing, Allen Iverson, Alonzo Mourning and Dikembe Mutombo.

Thompson ultimately resigned from Georgetown in January 1999 -- and was inducted into the Basketball Hall of Fame later that year.

Iverson famously credited Thompson for "saving my life" after he was accused of hurting people in a bowling alley brawl in 1993.

Thompson didn't turn his back on Iverson as the case played out -- he supported him until an appears court overturned multiple convictions against A.I..

Iverson brought up the situation in his Hall of Fame speech, saying he wouldn't be there without Thompson.

“I want to thank Coach Thompson. For saving my life," Iverson said ... "For giving me the opportunity."

"I was recruited by every school in the country for football and basketball. And an incident happened in high school and all that was taken away. No other teams, no other schools were recruiting me anymore. My mom went to Georgetown and begged him to give me a chance. And he did." 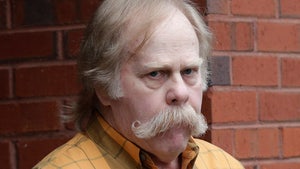