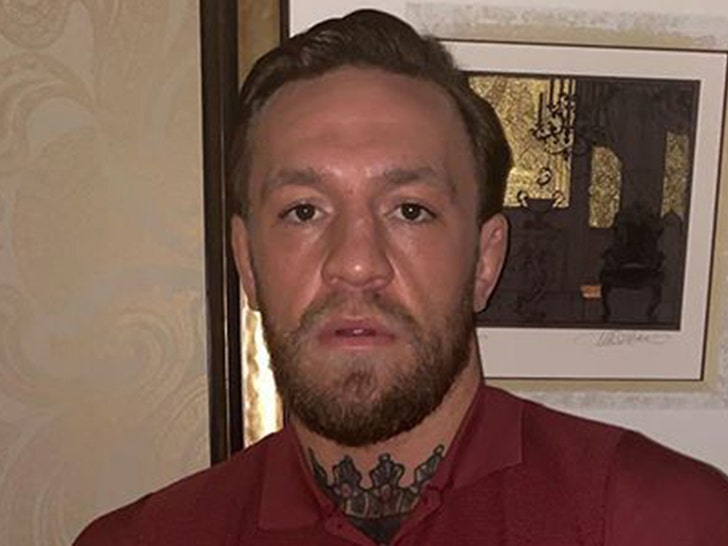 11:48 AM PT -- McGregor’s manager, Audie Attar, issued a statement to MMA Fighting, saying, "I am irate and putting out a warning loud and clear: Conor McGregor is not and will not be a target for those seeking to score a headline or a payday."

10:30 AM PT -- Conor's legal rep in Corsica, Emmanuelle Ramon, told AFP ... NO charges have been filed against the UFC star.

Ramon also ripped the complaint against McGregor -- calling it "abusive."

"He has been interviewed and released."

Conor McGregor was taken into police custody and questioned in Corsica on Saturday over an allegation of attempted sexual assault, French officials say.

The UFC superstar had been sailing around the Mediterranean on his yacht recently with his fiancée, Dee Devlin ... but McGregor allegedly flew off the handle on Thursday.

A court official in Corsica sent a statement to the Agence France-Presse confirming police had taken Conor into custody.

"Following a complaint filed on September 10 denouncing acts that could be described as attempted sexual assault and sexual exhibition, Mr. Conor Anthony Mac Gregor was the subject of a hearing by the gendarmerie services,” prosecutors said.

Another report out of France says the alleged incident took place at a bar.

Earlier this week, Conor was teasing a UFC comeback -- saying he let the UFC's drug-testing agents on his yacht to take a sample.

McGregor proposed to his longtime girlfriend Dee Devlin just last month ... and was even spotted on a photo shoot with her this week.

Conor and Devlin have 2 kids together.

Of course, Conor has a long history with the law ... he was arrested and prosecuted for throwing a steel dolly through a UFC bus window a few years ago. He was also arrested for felony robbery for taking a man's cell phone at a Miami hotel in 2019.

And, don't forget the time he punched an elderly man in the face for no reason at a pub in Ireland in April 2019. 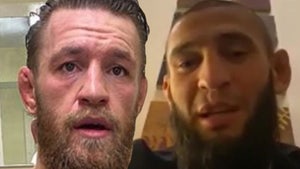