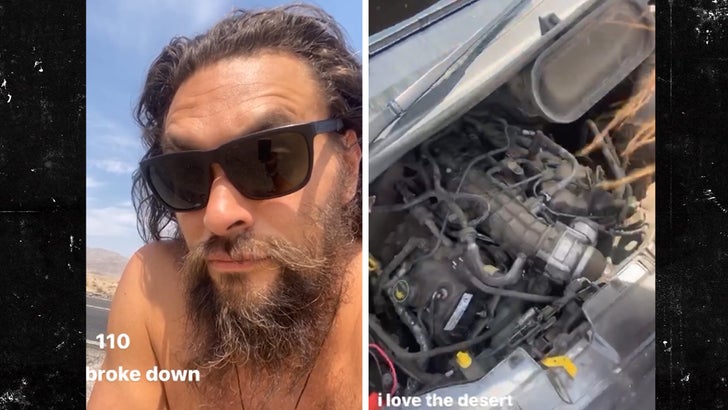 We know Jason Momoa's king of the seas, but Aquaman's having trouble on dry land -- his car's broken down, so he's doing the best he can ... shirtless. What's a superhero gotta do to get a tow these days??

Jason's sweating it out in 110 degrees after his car radiator bit the dust. Looks like he's in the desert outside L.A., just in case you're in the area. He seems far from panicked though.

In fact, with his shirt off, kicking it on his cooler -- now doubling as a lawn chair -- he seems as chill as if he'd be on a beach as he waits for some help.

We usually see Jason tooling around town on his vintage 1947 Harley, but motorcycles aren't ideal for long drives through the desert heat. Of course, looks like his car couldn't hold up either. 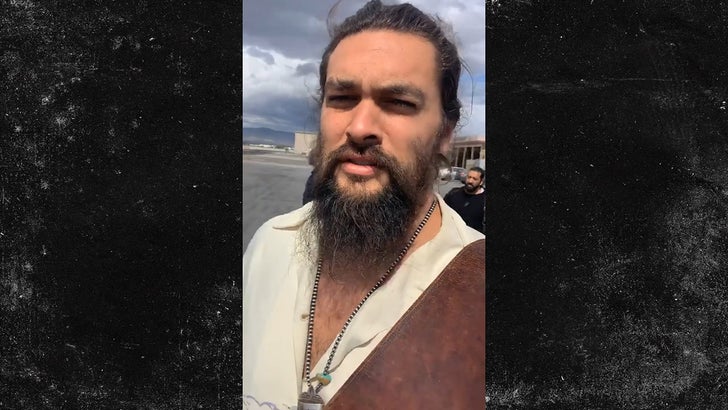 Desert treks are kinda jinxed for Jason -- remember, his private jet made an emergency landing in Palm Springs last year ... adding some scary adventure to his short trip from L.A. to Phoenix.

Maybe Aquaman should stick to water. In the meantime, someone give this guy a lift!!! 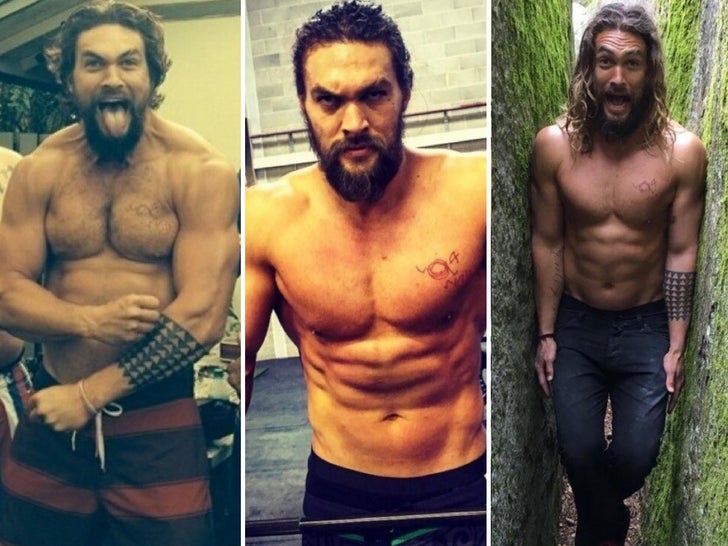 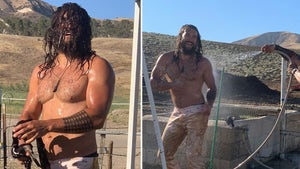 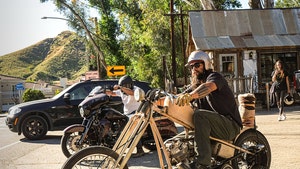