2:48 PM PT -- Honchos at Netflix tell TMZ ... the company is "shocked" by the allegations against Jerry and "any abuse of minors is a terrible crime and we respect the legal process."

1:27 PM PT -- Harris has been ordered to be detained until his next court hearing on Monday ... Fitzpatrick tells TMZ. He was not required to enter a plea at his Thursday hearing.

Jerry Harris -- one of the stars of Netflix's cheerleading docuseries "Cheer" -- has been arrested for child pornography.

Jerry was arrested Thursday morning in Illinois and is being hit with a charge of production of child pornography ... according to Assistant U.S. Attorney, Joseph D. Fitzpatrick.

As we reported ... Harris was under investigation by the FBI for allegedly soliciting minors for sex back in May 2019. However, according to the criminal complaint, we're told he's been arrested because he allegedly asked teens for photos, which they sent to him.

According to the feds … the parent of 2 male children, both 14, claims Harris had contacted both of the boys online and “repeatedly solicited child pornography images and videos.” Harris allegedly began contacting the boys in December 2018.

The minors provided law enforcement with multiple screenshots of communications with Harris via Snapchat and text messages, along with evidence of apparent FaceTime calls with Harris.

According to the complaint, Harris was 19 at the time and the boys were 13.

The feds allege Harris also attempted to solicit sex with the boys on multiple occasions, including at cheerleading events.

The criminal complaint says Harris was interviewed on September 14 and admitted to engaging in continuous social media conversations with the minors that were sexual in nature, attempting to entice them into performing sex acts with him in person, and to soliciting and receiving child pornography on Snapchat from at least between 10 to 15 other individuals he knew were minors.

On top of that, Jerry's 2 alleged victims have sued him ... claiming he groomed them into sending the nude photos -- and they also claim he demanded sexual acts. 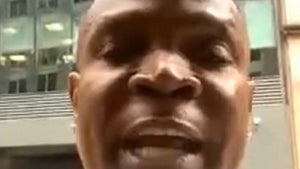