Here's further proof pro golfers are a helluva lot better at the sport than you ... even BACKWARDS!!!

PGA Tour's J.T. Poston found himself in serious tree trouble at the 16th hole at the U.S. Open in NY on Friday ... but, like a serious boss -- he creatively found a way out of it.

Instead of snuggling up next to the base of a tree and trying to hit a regular chip shot ... Poston turned around -- and then fired at the green!!!

This is what I call creativity, folks.

JT Poston (@JT_ThePostman) with some MAGIC at the #USOpen. pic.twitter.com/5emIeMobPl

And, the craziest part?? THE SHOT WAS GOOD ... the ball rolled up and settled about 20 feet from the cup!!

The bad news ... Poston wasn't able to sink the par putt -- and had to settle for a bogey, moving him into serious danger of missing the weekend's cut. 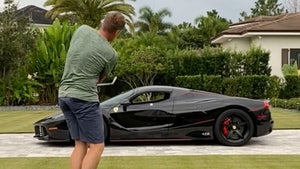 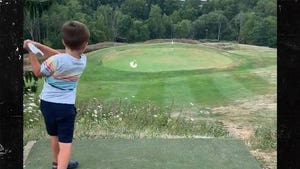