Tommy DeVito -- one of the original members of the iconic Doo-Wop group, The Four Seasons -- has died from coronavirus.

Nittoli says Tommy's daughter, Darcel, informed him of Tommy's passing, and went on to say that there'd be a service held soon in his native New Jersey. 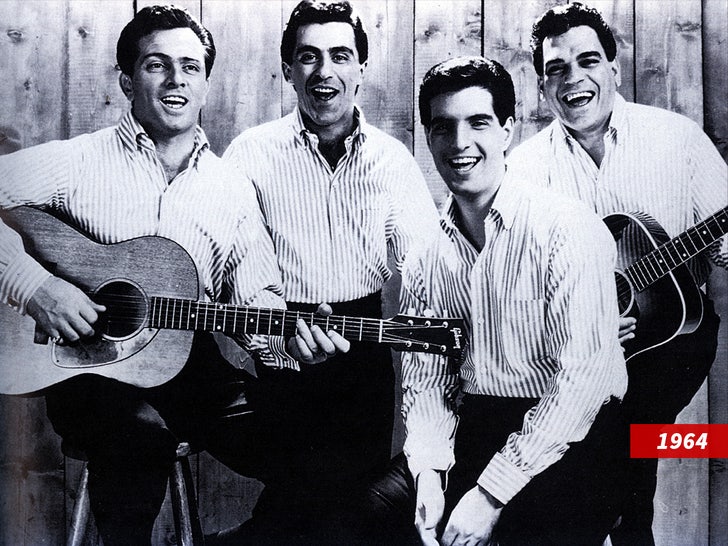 DeVito was one of the founding members of The Four Seasons, along with Frankie Valli, his brother, Nick, and Hank Majewski. Before the Seasons, they were originally known as the Variety Trio, but evolved to The Variatones after adding Frankie, and later went as the Four Lovers before eventually settling on the Four Seasons. Obviously, the last one stuck.

The group had a lot of misfires in their early days -- but after some members fell off and others were added (with Frankie and Tommy remaining as part of the core) the Four Seasons finally found success with their single, "Sherry," and later ... "Big Girls Don't Cry," "Dawn," "Walk Like a Man" and many others.

The Four Seasons went on to churn out hit after hit throughout the '60s, and were going to toe-to-toe with the Beach Boys as far as chart-topping songs at the time in their respective genres. Tommy stayed with the group until 1970.

Of course, the Four Seasons and their story went on to be cemented in pop culture history with the 'Jersey Boys' play, and afterward ... a film of the same name. He, along with other members of TFS over time, was inducted into the Rock and Roll Hall of Fame in 1990.