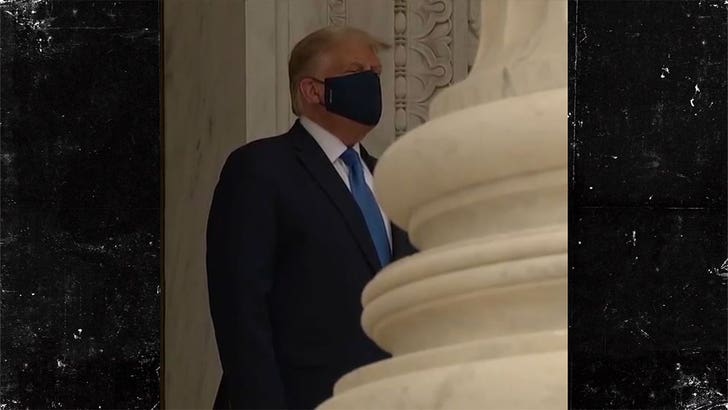 President Trump is getting blatantly, and loudly, disrespected for his attempt to pay his respects to Supreme Court Justice Ruth Bader Ginsburg ... and the chants he heard have a familiar ring.

First Lady Melania Trump and the President -- who was actually wearing a face mask -- went to the Supreme Court Thursday morning during the public viewing of flag-draped RBG's casket. Moments after the crowd of mourners saw him, a chorus of boos rained down on Trump.

Then came the repeated chant of "Vote him out!!!" In what Trump's opponents would call poetic justice ... the chant was done to the same cadence of the "lock her up" chants Trump himself has encouraged for years about Hillary Clinton. 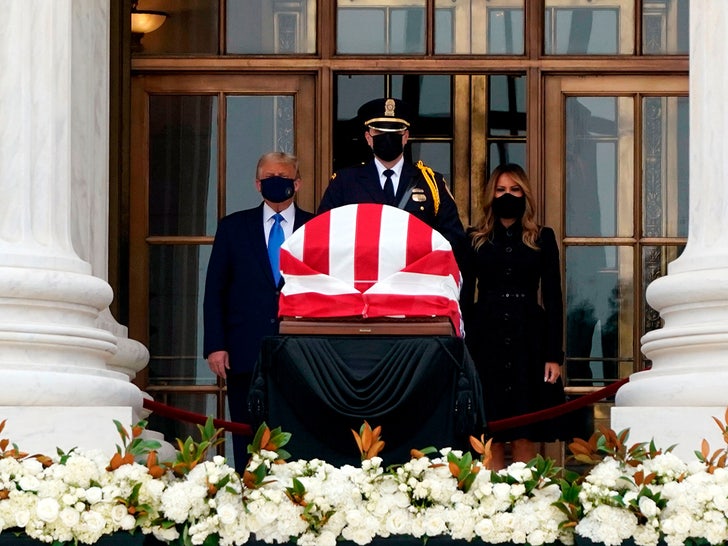 The president didn't visibly react to the crowd's vitriol ... but there's no doubt he heard it, and he couldn't be too shocked.

Remember, POTUS has claimed RBG's reported dying wish -- to have her successor picked by whoever wins the presidential election -- was not real, and just propaganda created by the Democrats. BTW, Trump's said he'll nominate RBG's successor on Saturday. 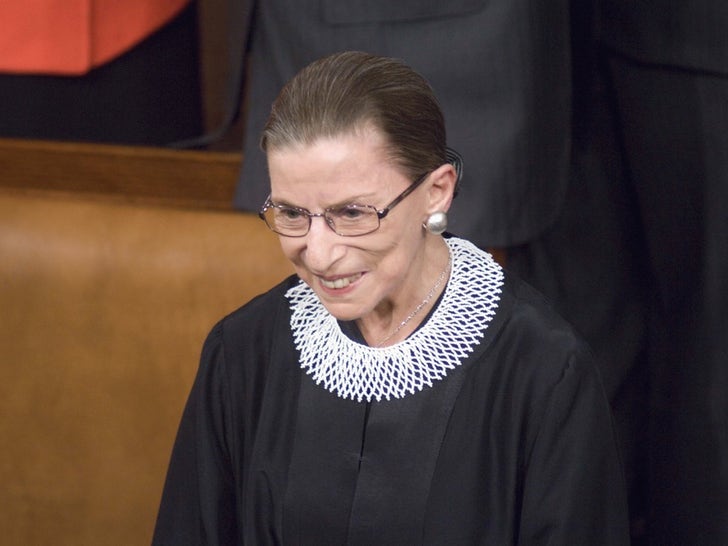