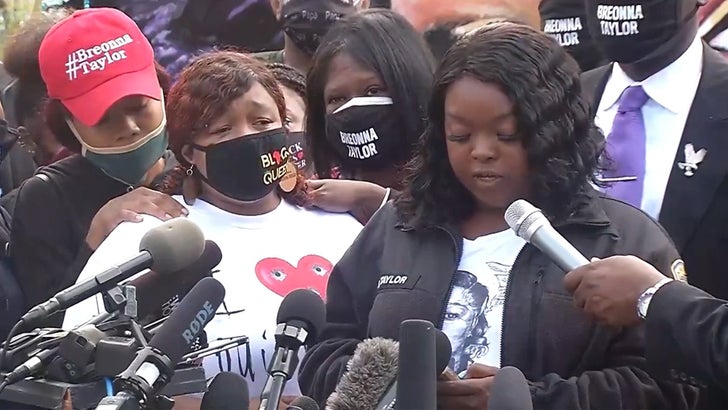 Breonna Taylor’s mother, Tamika Palmer, says the death of her daughter has indeed made her an angry Black woman … incredibly angry because Black people -- men, women and children -- keep dying at the hands of police and getting away with it.

Tamika’s powerful message following a grand jury's decision to not charge any of the cops for fatally shooting Breonna was delivered by Breonna’s aunt, Bianca Austin.

According to Tamika … she never had faith in Kentucky AG Daniel Cameron, and claims she felt from the get-go he lacked proper experience and had "already chosen to be on the wrong side of the law."

Breonna’s mom says Wednesday’s grand jury results solidified her belief that the legal system and law enforcement in America are designed to not protect Black people or give them justice … and the whole system failed her daughter.

Tamika makes it clear though — this has not defeated her, and she will continue to fight for her daughter. She says the system robbed the world of a queen … but she’s certain they will remember her and continue to say her name.

Civil rights attorney Ben Crump opened the press conference with a fiery speech calling out AG Cameron and all the apparent discrepancies between the evidence he presented to the grand jury and evidence that’s been widely reported. 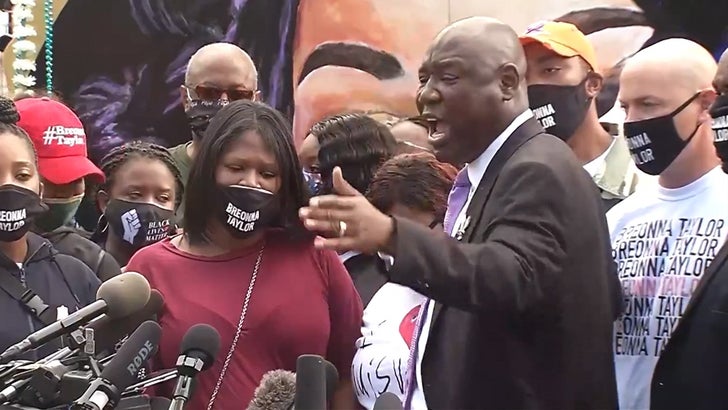 This led to a very public call for Cameron to release the grand jury transcripts, and Crump’s co-counsel, Lonita Baker, echoed that demand and took it a step further … by questioning whether the grand jury actually decided not to charge the officers who fatally shot Breonna, or if Cameron made the call himself.

Other speakers included Tamika Mallory from Until Freedom, and Jacob Blake’s father … who traveled from Kenosha, where his son is still recovering from being shot in the back by a cop. 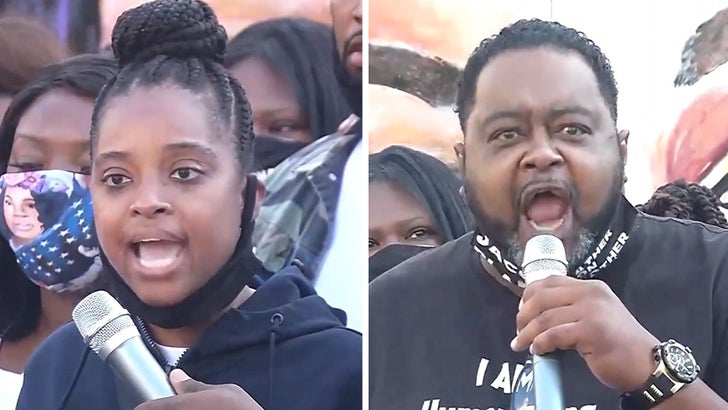 Freshly out of jail after being arrested while protesting Thursday night, Kentucky State Rep. Attica Scott also said a few words. She’s known as the sponsor of “Breonna’s Law,” which helped put an end to “no-knock” warrants in the state in wake of her killing.

This was the first public appearance by Breonna's family together since it was announced only one of the 3 cops involved in her case was being charged ... and NOT for killing her.

As we reported ... on Thursday, the grand jury indicted now ex-officer, Brett Hankison, on charges of wanton endangerment. Hankison was not charged for the shooting of Breonna, but for firing his weapon into Breonna's neighbor's apartment.

The incident has sparked outrage across the country in the form of protests and angry words from celebs, athletes and politicians.

Crump previously told us he had major concerns about what the AG presented during the grand jury proceedings ... and that the evidence should've led to more charges. 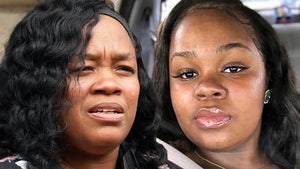