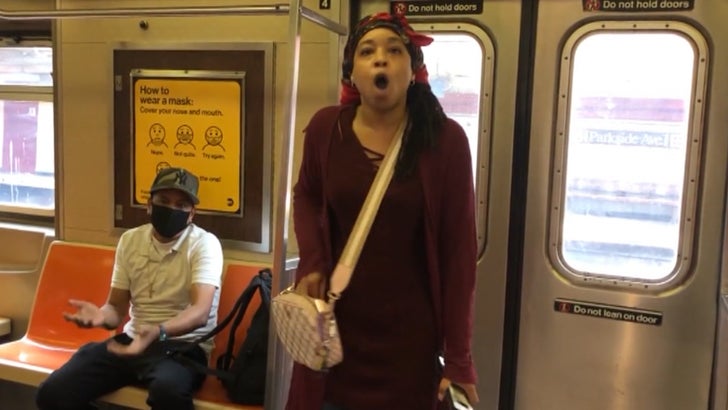 America's public health concerns and racial strife are colliding in NYC ... where a Black woman's refusal to put on a mask turned into an ugly, super-tense scene on a subway.

The video starts with the woman shoving an older white man away from her. Apparently, he got in her face, demanding she put on a face covering ... which she didn't want to do, and instead went ballistic on him and several other commuters.

She accused the people yelling at her of ganging up on her because she's Black -- and she screamed at them as she did. The shouting and lack of a mask only amplified the intensity of the moment.

By the end of the incident, more and more people on the subway car got upset ... some against her, some defending her and others just pissed the conflict was holding up the train. Someone threatened to call the cops, but we don't know yet if they responded to the scene.

As all hell broke loose ... you could cut the tension with a knife. 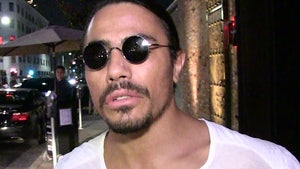