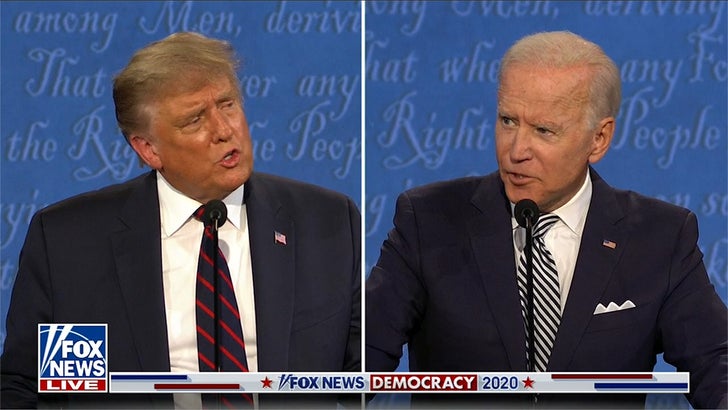 Donald Trump says he's the greatest, but Joe Biden thinks 45 is the "worst President" Americans have ever seen.

The first presidential debate is still super testy -- okay, out of control -- and Biden just ripped Trump where it hurts ... calling DT, "the worst President America has ever had." Ouch.

The candidates were sparring over Trump's tax returns when Biden pulled his punch ... and Biden delivered the blow when Trump tried pushing back on reports he paid only $750 in federal taxes.

Trump says he's paid millions in taxes, but didn't specify if they were federal, and also says he doesn't wanna pay taxes as a businessman. But, Chris Wallace persisted and asked squarely how much he paid in 2016 in FEDERAL TAXES ... and Trump said "millions."

Biden, as you know, released his returns before the debate ... and he's calling on America's "worst" do to the same.