The top high school basketball rankings for the class of 2023 just dropped ... and there are a couple VERY familiar names on the list -- Dajuan Wagner Jr. and Bronny James!!!

It's no secret -- LeBron James' 15-year-old son has been gaining massive hype since arriving on the scene ... and the skills he showed off during his freshman year at Sierra Canyon in CA has him at #30 on 247 Sports' list.

Dajuan Wagner's son is the one sitting at the #1 spot ... with 6'3" guard D.J. balling out at Camden HS in Jersey and averaging 18.5 points per game last season.

BTW -- hoops runs DEEP in the Wagner blood -- Dajuan famously scored 100 points in a HS game, was a star at Memphis and went on to be the #6 overall pick in the 2002 NBA Draft ... and Dajuan's father, Milt, played several seasons in the Association as well.

While nothing's official, there's already big talk of D.J. playing for his dad's old coach, John Calipari, at Kentucky in a few years.

Coming in at #2 is Internet phenom Mikey Williams out of Lake Norman in NC, whose highlights have gotten millions of views on YouTube.

The future of hoops is lookin' bright!!! 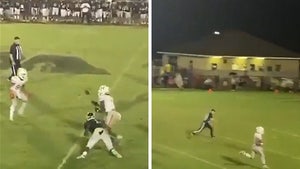 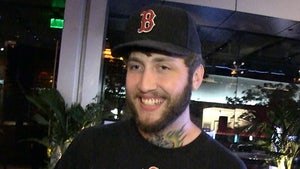