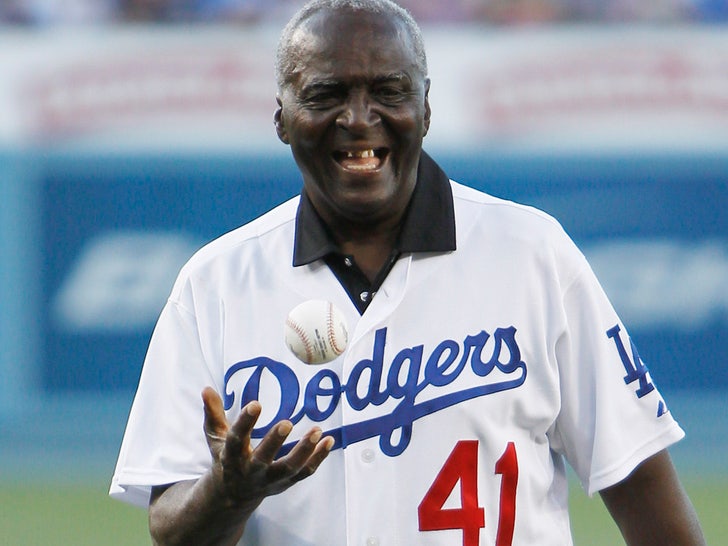 The former outfielder famously smacked a home run off Jim Kaat in Game 7 of the '65 World Series, giving the Dodgers what ended up being an insurmountable lead over the Minnesota Twins.

FYI, Sandy Koufax was pitching for the Dodgers that day.

But, after his playing career, he was a staple at Dodger Stadium -- doing PR work for the team. Super nice guy.

"Lou Johnson was such a positive inspiration at Dodger Stadium with our employees and our fans as well as throughout the community in the appearances he made on behalf of the organization," Dodgers President & CEO Stan Kasten said in a statement.

"Dodger fans will always remember his important home run in Game 7 of the 1965 World Series, when he was clapping his hands running around the bases.”

According to the Dodgers, Johnson got the nickname "Sweet Lou" back in '65 because "of his infectious smile and because he was always clapping his hands."

No word on cause of death. He's survived by his wife, Sarah, and their 3 children.