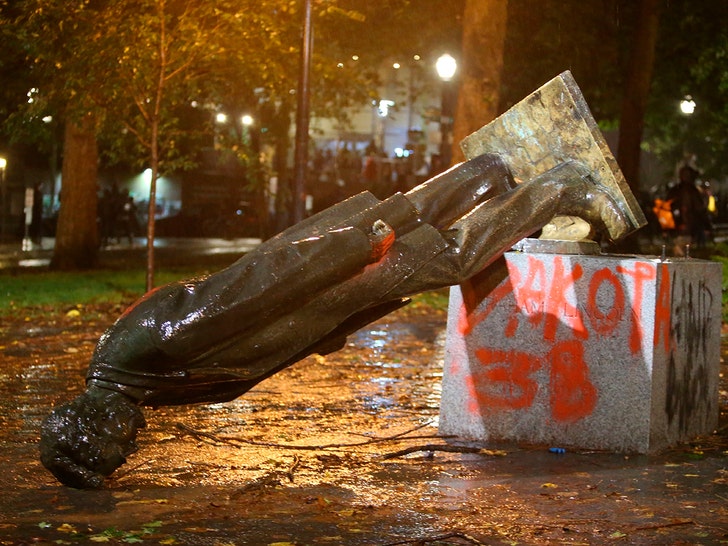 The statues were on the route of a march titled, Indigenous People's Day of Rage. Some of the signs read, "Stop honoring racist colonizer murderers." A Lewis and Clark mural was also vandalized with red paint.

The toppled statues were spraypainted and unceremoniously left on the ground. The words "stolen land" were painted at the base of Lincoln's statue. 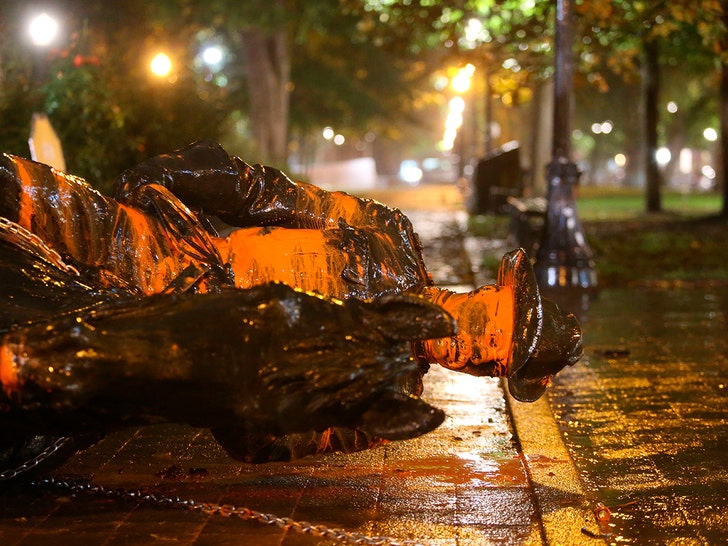 The police tweeted shortly after the statues were taken down, "To those marching downtown: this has been declared a RIOT.” They continued, “All persons must immediately disperse to the NORTH. Failure to adhere to this order may subject you to arrest, citation, or crowd control agents, including, but not limited to tear gas and impact weapons.”

As far as we can tell, no arrests were made for taking the statues down. 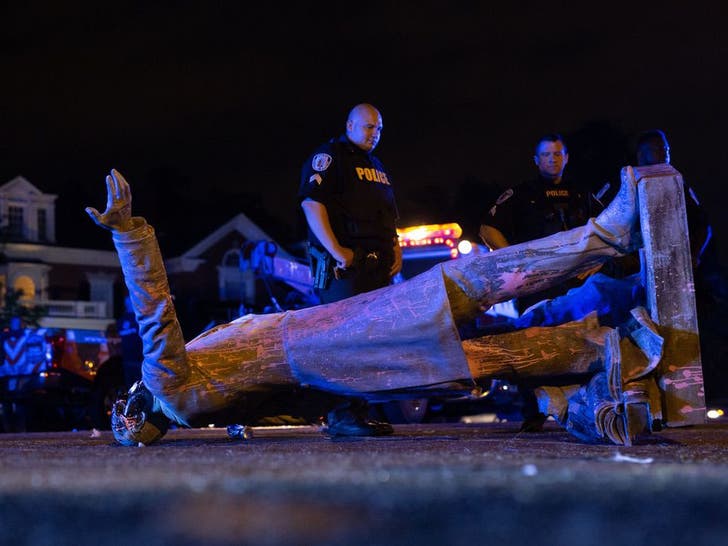 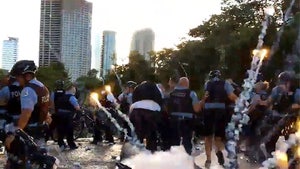