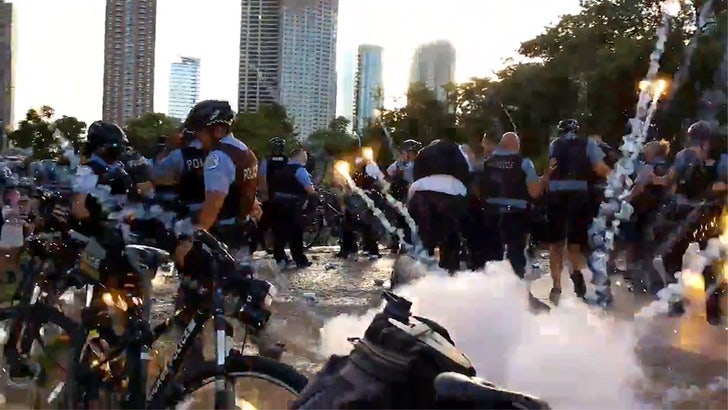 There was a violent confrontation between police and protesters in Chicago Friday, all centered around a statue of Christopher Columbus.

It went down at Buckingham Fountain, where Black Lives Matter protesters attempted to take down the statue of Columbus -- a rapist and racist.  Demonstrators tied ropes to the statue to dislodge it.

As cops created a human barrier, protesters threw bottles, rocks and a few threw firecrackers at them, injuring several of them. Police then pepper sprayed the crowd with hoses. At least 4 protesters were injured and taken to hospitals.

Twelve protesters were arrested for battery on a police officer.

As for the statue ... it's still there, but there's a move in many cities to take Columbus statues down and put them in museums with context on what he really did in America. 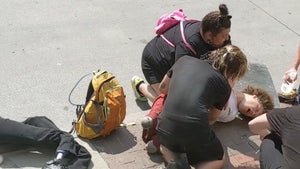