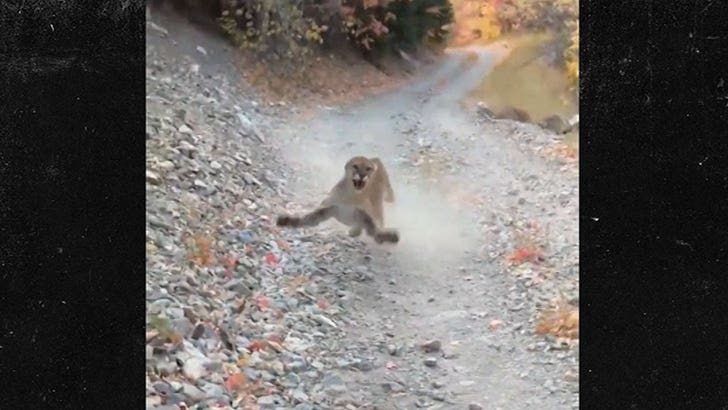 A man adventuring through a Utah hiking trail stumbled across perhaps the worst thing you could find in the wild -- a big cat predator -- which tracked him for 6 terrifying minutes.

Kyle Burgess posted a full video of the terrifying encounter that went down this weekend at what he says is the Slate Canyon Trail near Provo, UT -- footage that shows him coming across a couple cougar cubs along his run ... only to come face-to-face with their mother.

As soon as he recognizes the mountain lion is hot on his trail, he starts to backpedal slowly, trying not to startle the beast or trigger it to pounce -- but it did rush at him several times!

Burgess tried different methods to scare it off, including using some foul language. Watch the video -- ya can't blame him it all under these circumstances. Not that there's anything funny about this ... BUT, we'll admit, Kyle repeatedly calling a wild animal that could've killed him, "dude" ... got us to chuckle.

The cliché of making yourself "getting big" against Mother Nature appears to have saved his ass. That and a well tossed stone!

Just wild video, and Kyle should have needed some fresh shorts. 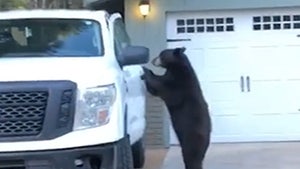 Wild Bear Hops in Driver Seat of Truck and Locks Door, Just Like a Human