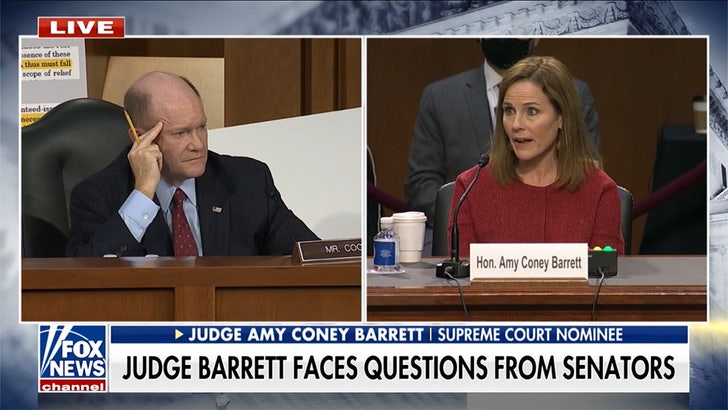 Amy Coney Barrett claims she has too much integrity to allow herself to be used as a pawn to get President Trump re-elected ... and she'll consider recusal if an election dispute ends up at SCOTUS.

Judge Barrett just answered some hard-hitting questions from Sen. Chris Coons during Tuesday's confirmation hearing, specifically if she was willing to sit things out if Trump brings a disputed election result to the highest court in the land.

Barrett says she's not being used by Trump -- some say he's rushing her confirmation to get an edge should the election hang in the balance of a Supreme Court ruling -- but she stopped short of a full-on commitment to recuse herself due to appearance of bias.

Judge Barrett would only go as far as to say she would consider all factors relevant to recusal and its statutes... and she even invoked Ruth Bader Ginsburg's name to make her point.

Barrett says she's no pawn, but you're just gonna have to take her word for it for now. 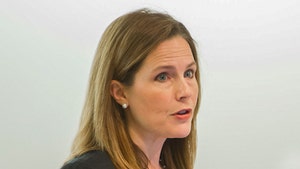