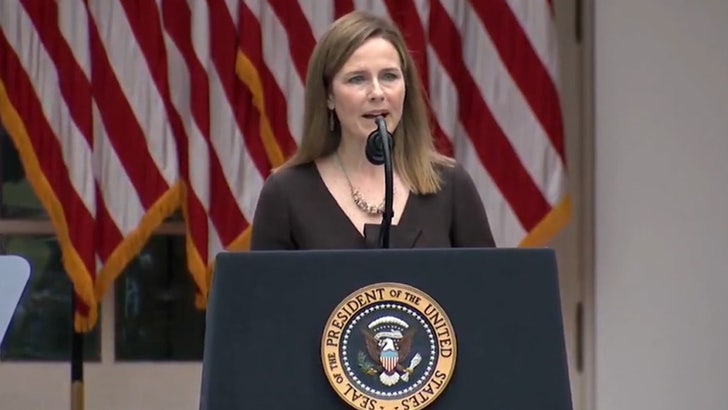 The Prez nominated the 7th Circuit Court of Appeals judge Saturday, just over a week after RBG passed away from cancer. Barrett, a Trump appointee to the Circuit Court, was a Notre Dame law professor. He dished out her bona fides and respectable resume while naming her as his nominee, while also calling on the Senate to do their duty.

Barrett began her remarks by praising the late Justice Ruth Bader Ginsberg for her laudatory and consequential life. She noted RBG smashed many glass ceilings.  And, she had words about her mentor -- the late Justice Antonin Scalia -- and how he helped shape her vision of the law and how he taught her about collegiality even with people who are polar opposites.

Barrett said she'd learned a lot from Scalia and promised -- if confirmed -- to uphold the letter of the law as written, without any personal bias or otherwise. She also thanked her husband and her 7 kids, all of whom eventually came up on stage to pose for a photo op with the First Family.

Some more background on Barrett ... she is a die-hard conservative justice, who is a deeply religious, practicing Catholic. She's opposed to abortion, but has said she thinks Roe vs. Wade is more likely to be reimagined than overruled. In common parlance, reimagined means whittling away at the precedent. 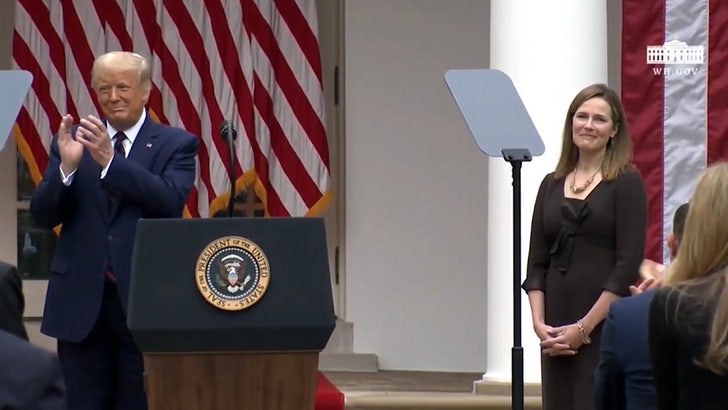 Trump urged the public and the media to refrain from personal or partisan attacks against Judge Barrett, with a nod to how nasty and contentious Justice Kavanaugh's confirmation was. Trump went on to praise Justice Ginsburg, and explained why Barrett was the best choice to replace her.

If she's confirmed by the Senate -- which is highly likely -- the Supreme Court will have a solid 6-3 majority. The stakes are enormous, with abortion rights, health care, LGBTQ rights and voting rights on the chopping block.

Barrett has long been considered for a Supreme Court seat with Trump in office ... she was on the shortlist to replace Anthony Kennedy when he retired in 2018, a seat that is now occupied by Justice Brett Kavanaugh.

It's interesting ... when Trump filled Kennedy's seat, he reportedly informed advisors he was "saving" Barrett just in case RBG left SCOTUS during his presidency.

Barrett graduated from Notre Dame School of Law. She was in private practice before becoming a law professor at George Washington University and then Notre Dame.

Barrett has been serving on the Chicago-based 7th Circuit Court of Appeals since 2017. She's ruled on a pair of abortion-related cases, both times in favor of restrictions on access to abortion.

One key issue she's made herself perfectly clear on is the Affordable Care Act, arguing the birth control mandate is unconstitutional and the ACA overall is an overreach and abuse of Congressional power.

The ACA will go before the court the week after the election. 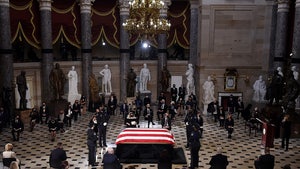