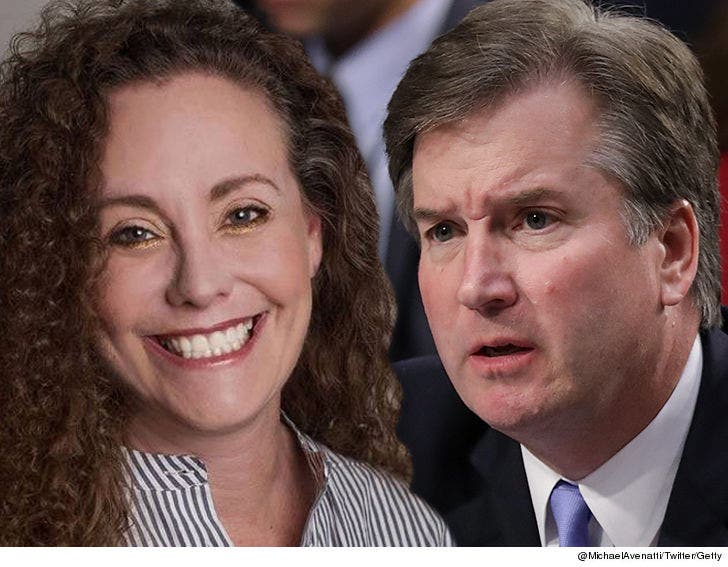 Brett Kavanaugh is facing new allegations of sexual misconduct from a woman claiming he and his friends spiked punch at parties in order to assault women -- and says she was gang raped at one of them.

Julie Swetnick claims she attended high school parties in the early '80s where Kavanaugh and his friend, Mark Judge, were present and engaged in highly inappropriate conduct -- including fondling and grabbing girls without their consent.

In a sworn affidavit she says she witnessed their efforts to "cause girls to become inebriated" at these parties by spiking the punch with drugs or grain alcohol so they would lose their inhibitions and their ability to say, "No" ... so the girls could be "gang raped."

She says -- in the doc released by her attorney, Michael Avenatti -- she has a "firm recollection of seeing boys lined up outside rooms at many of these parties waiting for their 'turn' with a girl inside the room. These boys included Mark Judge and Brett Kavanaugh."

Swetnick claims she too was drugged and became the “victim of one of these ‘gang’ or ‘train’ rapes" at a 1982 party in the D.C. area ... where both Kavanaugh and Judge were present.

Avenatti is demanding an immediate FBI investigation into the allegations.

Swetnick's claims come on the heels of allegations made by Deborah Ramirez earlier this week. She claims Kavanaugh put his exposed penis in her face at a dorm party during their freshman year at Yale sometime between 1983 and '84.

And of course, both sets of allegations come just before Thursday's scheduled hearing in D.C. in which Kavanaugh's set to face off against Christine Blasey Ford ... who first accused him of sexual assault in high school.

Kavanaugh has denied all allegations of sexual misconduct, even using the virgin defense. As for this allegation, he stated, "This is ridiculous and from the Twilight Zone. I don't know who this is and this never happened."