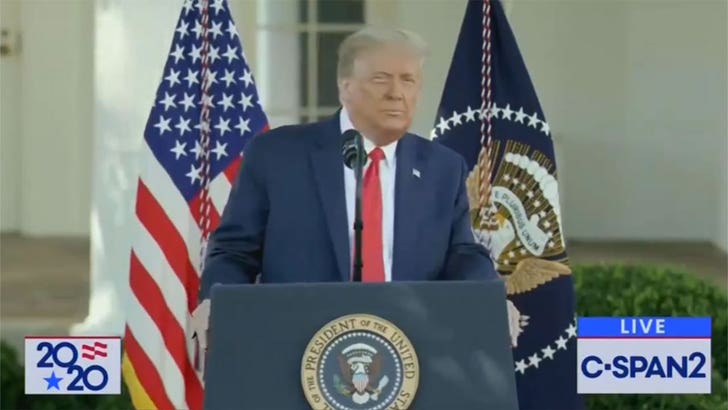 President Trump's voice sounds a little worse for wear, and it could be due to back-to-back rallies to flaunt his post-COVID condition ... or possibly the lingering effects of the virus.

POTUS was addressing the New York Economic Club at The White House Wednesday afternoon when he repeatedly cleared his throat ... and the hoarseness only got worse as he kept talking.

The focus of his message also seemed to worsen as he rambled ... but nothing really new there.

Of course, Trump's latest White House speech follows 2 straight nights of rallies in Pennsylvania and Florida. As we reported ... he held a massive rally in Sanford, FL Monday on the heels of announcing he'd tested negative for coronavirus twice.

During the rally, the Prez made claims he's immune to COVID now, and suggested he'd be down to kiss everyone in the audience. He made similar boasts and remarks Tuesday night in Johnstown, PA ... along with several other baseless claims. 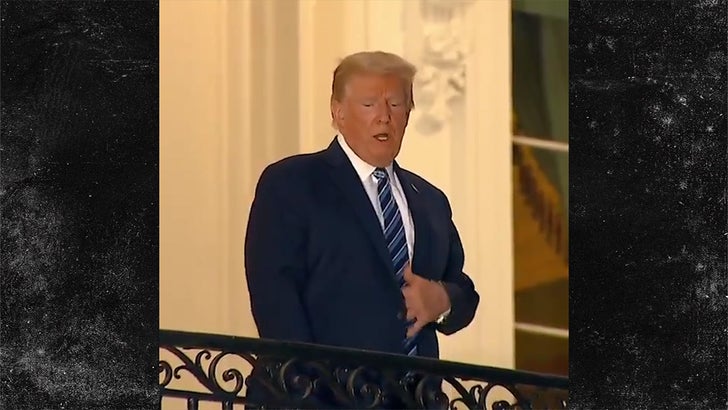 You'll recall ... just over a week ago he struggled to breathe after being released from the hospital and climbing the WH stairs. Now, he's on stage acting like it was no biggie.

Doctors had warned once Trump was off his heavy dose of steroids, he could take a turn for the worse since steroids mask symptoms. 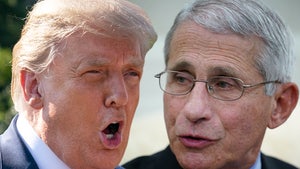 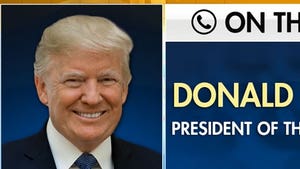