The All-American Bowl -- an annual all-star event where some of the greatest H.S. football players EVER have competed -- will not have a game this year ... and it's all 'cause of COVID.

Officials announced Tuesday they've canceled the event over coronavirus concerns ... and instead plan to have a "showcase" where some recruits will announce their college decisions.

"Due to the environment we find ourselves in and the health and safety of our All-Americans and their families our first priority," bowl officials said in a statement, "we have made the extremely difficult decision to not play this year's All-American Bowl."

It's a HUGE bummer ... the game is always loaded with future college and NFL stars -- in the past, guys like Vince Young, DeSean Jackson and Joe Mixon have won MVP honors.

Bowl officials say they're still planning to keep the game on for next season ... writing in the statement, "We'll see you in San Antonio in 2022." 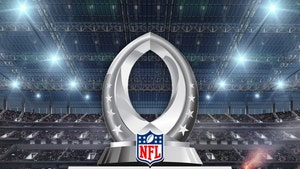