The Dodgers star balled out of his mind, again, in Game 1 of the World Series Tuesday ... but instead of celebrating with forearm bashes -- he turned to his feet to dap up teammates!

The scene was hilarious ... just two days after Belli dislocated his shoulder in the chaos following a game-winning HR in the NLCS on Sunday -- Cody hit another huge dinger off Rays starter Tyler Glasnow.

Before we go, here's the amazing Spanish call of Cody Bellinger's home run.

And, as the outfielder rounded 3rd base and headed for home, everyone wondered ... how was he going to celebrate this one?!

Turns out, Belli protected his arms at all costs ... and gave his squadmates love taps with his cleats!!!

No shoulder injury this time! 😂

The move was so epic ... even LeBron James gave Cody his stamp of approval, writing on social media, "Hahaha!! Leg tap celebrations for him."

As for Bellinger's take on the HR celly switch-up ... he told reporters after the game, "I said it today before the game: 'If I hit one, I’m not touching anybody’s arm.'"

He added with a laugh, "I think I’ll continue to do that, maybe my whole career."

Bellinger also had an insane catch later in the game ... helping the Dodgers seal the 8-3 victory over Tampa Bay.

Looks like pregame advice from Dad really paid off, huh?! 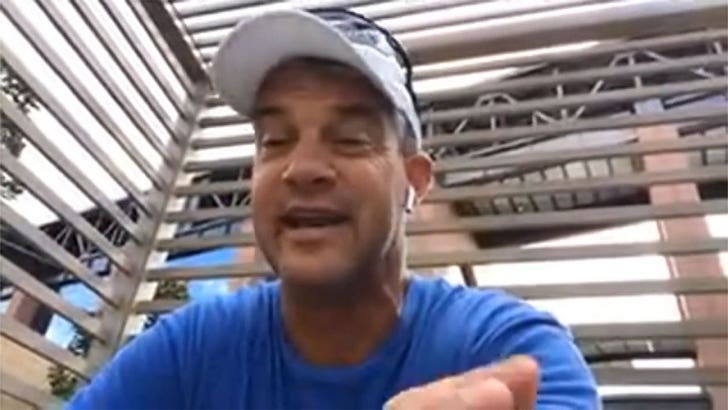